The La Liga is one of the most known tournaments in Europe and just like the Premier League, they have big clubs such as Real Madrid, Barcelona and Atletico Madrid who have the income to buy great players in order to improve on their squad.

So be it we can say that the La Liga contains some of the best right backs in the World, but we are going to base in the La Liga and see which right back was the most outstanding this season among all others.

MUST READ: The current best right backs in the world

The 5 Best right backs in la Liga this season

La Liga is often seen as one of the most entertaining Leagues in the World not just because of the presence of big clubs as named above but also because of the general technical quality of the different clubs that play in the competition.

Back in the years, la Liga could be considered a 2 team horse race between Real Madrid and Barcena but the recent emergence of clubs like Atletico Madrid, Valencia, Seville amd Bilbao has changed the pace of the tournament.

Like almost all other Leagues in Europe, the tactics of la Liga clubs especially teh defence, have evolved a lot over the years and now the position os a full back does not only mean remaining in your won half but also helping your team upfront.

Since the arrival of Daniel Wass at Valenece back in the year 2018, he has been a standout performer for Valencia. The 31 year old player is versatile enough to be used also as a left back or a midfielder depending on the tatic that the manager wants to put in place.

MUST READ: About Bruno Fernandes

The 31 year old recently played his number 100 game for the club in all competitions and this is just a simple prove of his importance to the club. In total, he has played 77 la Liga games for the club and scoring 3 goals and making 3 assists.

It os no doubt that Daniel Carvajal have been an essential player to the Real Madrid squad for the better part of the 2010s decade.

The 28 years old player has showed his capacity under several managers  that have passed tthrough the Spanish club and so far he has won 16 trophies including 4 Champions League titles and 2 la Liga titles.

Daniel is widely known for his fast going pace, work rate, and his ability to create key passes during the game and he is also one of the players that make up the counter attacking force of Real Madrid.

Daniel has played close to 300 games for Real Madrid in all competitions and has scored 6 goals and made 48 assists.

This season in the la Liga , the right back has been ever present for the club despite his injuries that are limiting his play time.

Considerring Navas performance for the club in the recent years, he can not be left out of this list.

The 35 years old experience has added much more solidarity at the club and he also bring stability to the clubs defence even though he plays as right back. Navas has gone above his age to provide 12 cummulative assists in the previous 2 seasons in la Liga and also he completed the most passes and crosses in the competition last season.

CHECKOUT:Top five Best midfielders in the Italian Serie A 2020-2021

This season his form and performances is no doubt as he made a good start of the season with 3 assists in 8 la Liga games.

Since his debut about 10 years ago, Mario Gaspar has been an amzing player for Villareal. ASide his first season that he made in 2008, Gaspar has made more than 22 appearances in each la Liga campaign of the past 9 seasons and making a minimum of one goal contribution per season.

This season Gaspar has recorded 2 assists in 23 la Liga games so far for the club.

MUST READ:Best African Goalkeepers of All Time

He had big responsiblities and a whole to fit in as Juanfran had already done but the former Tottenham player is really delivering his services up to standard as expected by the club.

Kieran Trippier made an assist on his first la Liga debut game against Getafe and since then he has gained confidence and that of the fans as he continues to amaze them. 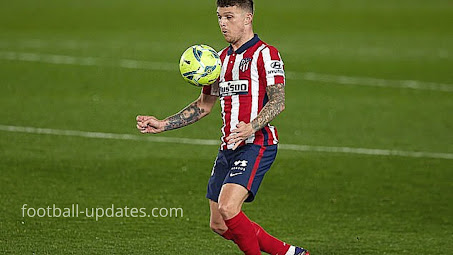 And as the la Liga title is almost to and end, he looks forward in taking his first title with the club and also at the top of the list of the best right backs in the la Liga this season due to his performnaces.

1. Who is the best left back in La LIGA this season ? Kieran Trippier

Top Ten Most Successful Italian Football Clubs of All Time