The La Liga has offered us another amazing season again as it has always delivered in the previous seasons and with Lionel Messi still leading as the highest goal scorer of the tournament.

And as the season is going to an end we  are going to note  down the players that have been amazing this season and also helping their teams achieve success.

So now this ranking on many parameters such as the work of the players, their performances , the number of goals or/and assist that they have made this season so lets get down to our classification.

Even though this season has not been a great one for the Real Sociedad following their different low performances all competitions especially in the Europa League where they were severely knocked out.

And also another proove that this season has not been a good one for the Spanish club, is their failure to compete with Sevilla for a Champions League spot.

But even though the low performances of the club, many of their players stood out amazing this season with the one of the most prominent being Mikel Oyarzabal.

MUST READ: Who is the highest Paid Coach in the Italian Serie A League?

So far the 24 year old Forward have contributed in scoring 11 goals for the club and has made 8 assists in 32 League games.

Every football fan that follows Jules Kounde has surely noticed that the player like changing hair styles but for sure is that he always sticks to his standards of performance on the pitch.

Jules Kounde has proven himself to be one of the best young Centre backs in Europe and he helped Sevilla greatly this season in their different achievements most especially a Champions League qualification.

The 22 year old French is completely unique and looks set to keep up the good performance as the next season is on the way coming with new goals.

Eden Hazard since arrival at Real Madrid from Chelsea, has always been at the top of News paper headlines with one injury to the other and most especially his laughter after Real Madrid were Knocked out from the Champions League finals that kept the fans talking.

While on the other hand his team mate also from Chelsea. Thibaut Courtois has not seized the Los Blancos fans as he continues in stepping up his perfomances for the club at every single game.

Real Madrid has succeeded in keeping 17 clean sheets this season and most credits for this clean sheet goes to their goalkeeper Thibaut Courtois.

Villareal surely having not one of their best season but they they have achieved arriving the Europa League final for their first time ever in the history of the club and if they win against Manchester United, their season will experience a bloom with a trophy and a direct Champions League qualification if they win.

The Spanish international Gerard Moreno is not only one of the best players in the Spanish La Liga this season, but he also stands on the table of the highest goals scorers this season with 23 goals on the count behind Messi who already has 30 goals.

In 32 League appearnces, Gerard Moreno has scored 23 goals and provided 6 assist to help Villareal continue for a Europa League spot while hoping to win the final against Manchester United. 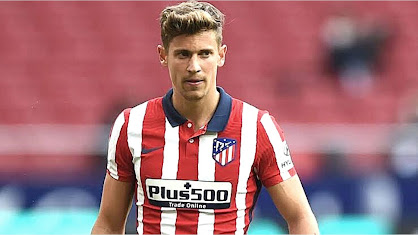 Marcos Llorente and Luis Suarez this season are of no doubt one of  the most important players in Diego Simeone's squad following their achievements in the La Liga this season.

Marcos Llorente is hard running and goes as fast as a machine and he playing as a midfielder, we can say that he is one of the brains behind Luis Suarez goals scoring exploits for the club this season to lead the squad in the race for the la Liga title.

Even though his age, he continues to keep up the great work at Real Madrid's midfield this season and so far in the campaign, he has been consistent in performances. Even though his 35 years, he still makes a great number of appearances and still has his quality of accuracy in the completion of his passes and he is also a major force in the counter attacking power of the club with his long passes in the game.

So far in this campaign, the veteran player has made 3 assists and scored 4 goals for the team as Real Madrid are taking the title race to the wire this season.

CHECK OUT: Highest paid football managers in the Premier League

Atletico Madrid are widely knowned for their defensive style of play and most of this credit goes to their defenders and also most especially their goal keeper Jan Oblak who is usually there to keep cleansheets for his club.

So far this term, Atletico Madrid has kept 18 clean sheets and which is greater than any other la Liga team in this campaign. The 28 year old goalkeeper this season has played in all 38 League games for Atletico Madrid and his great saves has helped the club in the title for the race and they are almost to getting it with just one game left for them to win and be crowned Champions.

As compared to Cristiano Ronaldo and Gareth Bale , Benzema has always been considered to be the lesser player of that trio especially by the football fans that do not understand the role that Benzema plays. '

CHECK OUT: Top Ten Biggest football stadiums in the World

But now that the trio is no more and Benzema is the only one from that trio still left on duty for Real Madrid, he has clearly showed himself able. Same as in the last season he played a major role and helped the Los Blancos to win the title, he is still be consistent this year as he has scored 22 goals and made 8 assists in 33 League games for Real Madrid even though at 33 years of age.

And following his exploits and form this season, that has earned him a recall to the France national football team for the upcoming Euro Competition this summer. 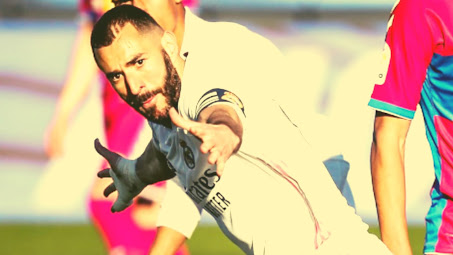 A forward player driven away by Barcelona last summer even though he still saw himself fit for the task. Luis Suarez sinc joining Atletico, he has shown to the football fans that the blaze in him is still far from quenching.

The 34 years old Uruguayan international has scored 20 goals and made 3 assists in 31 League appearances and his attacking yield has been vital and reviving as they head to a La Liga title this season.

Yes Leo. I guess you were expecting to come accross this name as this ranking of the best players of 2020-2021.  Barcelona is not having a good season following their premarture elimination in the Champions League and also their misfortune in the la Liga which led them to give up on the hope of winning the  La liga title this summer.

MUST READ: Which clubs have Lionel Messi scored the most goals against ?

But Lionel Messi still continues to give in his best for the club and so far in this season, he has already scored 30 goals and made 9 assists in 35 League games and has also helped the club in securing a Copa del Rey title this season . 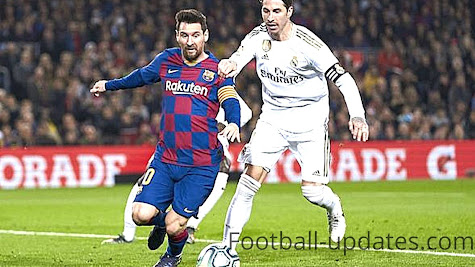