The awarding of the price was cancelled in the previous year 2020 due to an Interruption of the season caused by the Corona Virus outbreak but this Players are again preparing to be able to receive the most prestigious individual award in the world of football.

The European Season this year is being dominated by surprise title contenders as Messi and     Cristiano being knocked out already at the Champions League before Quarter finals, the chances of there being a new winner is high.

Even though the price will be handed not untill December, Performances are already being taken into account for the award.

Kylian Mbappe who plays for PSG is currently sitted among the top 5 when it comes to ballon dor rankings with the main reason being his hat trick that he scored in the first leg of the Champions League game against Barcelona and also his performances and consistency throughout the season.

Robert Lewandowski who actually occupies the 4th spot  even though he was denied the trophy last Season  as he was the most successful in last seasons campaign but he still stands high chances of winning the trophy and there is still some months left to make more changes. 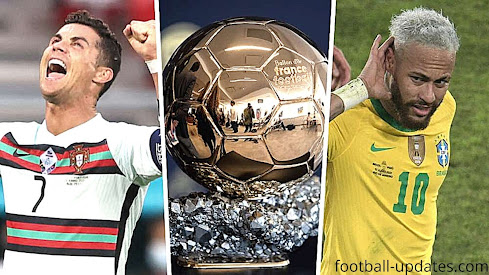 So based on their performances so far in their respective competitions, here is a ranking of of who holds the most power in this year's Ballon D'Or race.

19. Memphis Depay - Memphis Depay this season has ended the Ligue 1 with 20 goals and 11 assists and enjoyed a great season with Lyon.

18. Harry Kane- Harry Kane enjoyed a great season in the Premier League as he scored 23 goals and 14 assists in 35 games.

17. Bruno Fernandes- Since his arrival at the club he has displayed great performances and he ended this Premier League season with 18 goals and 12 assists.

MUST READ: Top 30 Most Loyal Players in Football Top 10 Leagues

16. Mason Mount- Mason Mount is an upcoming young talent and he has already won the Champions League with Chelsea

15. Ikay Gundogan- Ikay Gundogan has been a key player in Guardiola's squad this season and he helped the club win the Premier League and Carabao cup.

14. Frenkie De Jong - This is the second member of the Nertherlands squad to feature in this ranking and in this 2021 with Barcelona he scored 6 goals, made 6 assists and has already won the Copa del Rey.

13. Antoine Griezmann- Antoine enjoyed a beautiful half of the season with Barcelona and in this 2021, he scored 20 goals and made 11 assists. At the Euro 2020, he actually stands as one of France's most impressive players.

12. Neymar- Neymar did not quite enjoy a great Ligue 1 season due to injuries but with Brazil in the Copa America, he displays great performances.

11. Erling Haaland- The young goalscorer has already won the DFB Pokal with Dortmund and so far in this 2021, he has already scored 25 goals and made 9 assists.

MUST READ: Top 10 Best Forward in La Liga this season

10. Phil Foden - Phil Foden seems more of City player cause that is where most of his play is been seen and so far in this 2021, he has scored 11 goals and made 7 assists.

9. Karim Benzema- Since the departure of Cristiano and Bale, Benzema has been the main performer at the front of the club and he does it perfectly, always scoring when the club needs a goal more than ever.

8. Ruben Dias - A great defender who surely deserves he spot here because of his performances so far with Manchester City and he also ended winning the Premier League player of the tournament.

7. Cristiano Ronaldo - It might be a little bit shocking to see Ronaldo not among the top 5 but that does remove the fact that Cristiano had a great individual season with Juventus and so far in 2021, he has already scored 25 goals, made 4 assists and has already won the Coppa Italia and the Supercoppa Italiana.

CHECK OUT: Top Ten Highest Goalscorers of All Time

5. Romelu Lukaku- Lukaku has been one of the biggest improvements this season following his performances at the Inter Milan and his goalscoring exploits helped Inter Milan win the Serie A title after a decade. Even at the EURO, Lukaku still displays an amazing performance for the Belgian national team. 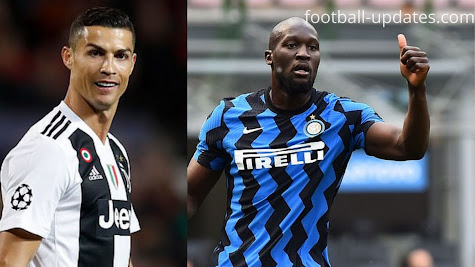 2. Kylian Mbappe- With 29 goals scored and 5 assist so far in this 2021, Mbappe has added to his trophy hall a Coupe de France and Trophee des Champions.

1. N'golo Kante - Ngolo Kante does not speak with stats but his unrelentless efforts on the pitch makes him one of the best midfielders of this present era and he played a great role in Chelsea's Champions League win.

2. 10 Players Who Have Played For The Most Clubs

4. The 20 Greatest Premier League Centre Backs of ALL Time