Even though the absence of fans in stadiums been strongly felt, it was a season full of ups and downs for every club involved and there was no shortage of excitement.

The la Liga being a great League, it has always housed some of the best strikers of the game of football but the question is Who is the best forward in the la Liga 2022?

So without further talks, let us get down to our ranking of  the best forwards in the la Liga in the 2021-2022 season. 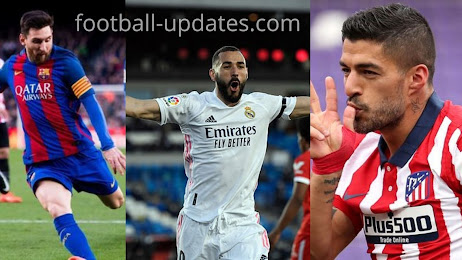 The 2020-2021 la Liga season saw one of the most tight title races in the recent years.

The ex Real Madrid and Newcastle striker Joselu has found great form at Deportivo Alaves and was an inspirational figure in the relegation battle for the Basque club this season. Joselu found the back of the net 11 times in the La Liga and made 3 assists. thereby contributing to more than half of the clubs goals this season.

The Blaugrana sold a confirmed goalscorer in Luis Suarez at the start of the season but they still managed to finish the campaign as the top scoring Spanish club with Messi's 30 goals playing a great role.

Antoine Griezmann has been involved in 20 goals in the League this season and he scored 13 goals.

Youssef have been one of the breakthrough stars of the 2020-2021 La Liga season for Sevilla. The striker was often used as a substitute for Luuk De Jong but the latter's form helped Youssef to gain more playtime and proved how worthy he was to be a regular starter.

The striker rewarded the manager'd faith in him this season by scoring 18 goals for the club but unlike the other strikers on our list, he did not make any assists.

Mikel Oyarzabal is the club Captain at the age of 24 since he has been at the club for quite long and he has been one of the most consisitent players at the club over the recent seasons.

The 24 years old has recorded more than 20 goal involvements for the second consecutive season. He scored 13 goals and 10 assist this season across all competitions.

Another Real Sociedad's striker and this proves that the clubs biggest strength this season was their attack line. Real Sociedad had the 5th best attacking statistics in the League, as they scored 59 la Liga goals. Alexander Isak scored 17 goals and made 2 assists this camapaign.

There are a quite few number pf things that are constant in la Liga, like for example the trophy itself is not constant since it has changed hands 3 time in the last 3 seasons but for sure is that Lago Aspas' importance for Celta Vigo has always been a constant factor.

MUST READ:Top 10 Best Forward in the Premier League this Season

In the la Liga this season, he scored 14 goals and made 13 assists but aside his stats he is also a crucial player for the club cause he is good at winning back possesion.

Luis Suarez has been a key player in Atletico's Madrid squad this season as he leds them to the la Liga title win with the goals he scored at the much needed time. The Uruguayan player scored the winning goal to seal the la Liga trophy for Atletico Madrid who showed him open arms after Barcelona kicked him out.

The former Barcelona striker scored 21 goals and provided a great reinforcement in the forward line of the club. 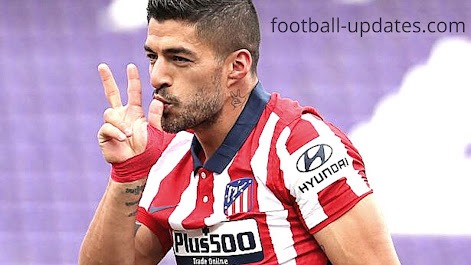 The French international has maintained a high level of consistency since the departure of Cristiano Ronaldo. For another season again in the la Liga, he finished 2nd in the goalscoring charts just behind  Lionel Messi. Karim Benzema also stands as the only Real Madrid this term to reach a double figure number of goals so it will not be fallacious if we say that his goals and assists were the only reason why Los Blancos stayed in the title race to the very end.

CHECK OUT: The Top Ten Attacking Trios In Europe This Season

Karim Benzema had 32 goals involvements in 34 games, so he contributed roughly to half of Real Madrid goals. As a result of this his amazing performance this season, he was recalled to the French national squad for the Euro after 6 years.

Gerard Moreno was one of the best players to watch in the 2020-2021 la Liga season. The Spanish international scored 23 goals and made 7 assists this la Liga season.

It might be surprising to know that he boast of a better shot conversion ratio than the top scorer Lionel Messi and this shows that he endured an amazing season quite different from the others.

This list of the Top 10 best forwards in La Liga would have surely been fallacious without Messi siting at the throne cause even though Barcelona did not enjoyed a great campaign this season, Messi still showed great performances and consistency.

The Argentine finish this la Liga season with 30 goals and 9 assists. 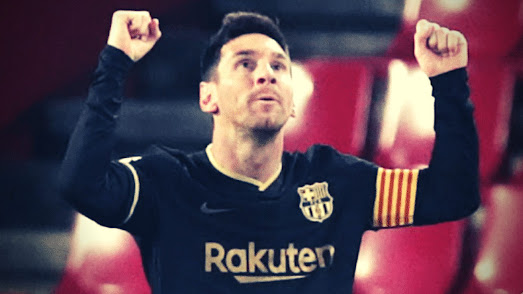