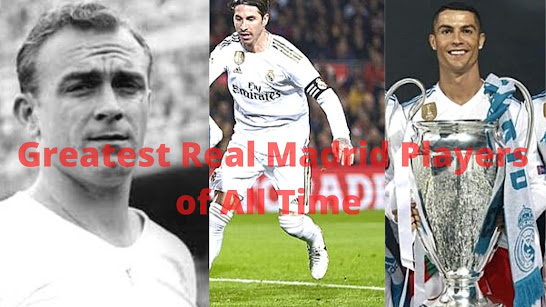 Real Madrid have definitely had some wonderful players looking at the great number of trophies that  they have won in the recent years which include 33 la Liga trophies and 13 Champions League with many other trophies.

Real Madrid is a Spanish club that actually plays in the Spanish La Liga Sanatander and have never been relegated from that competition since the history of the club. Real Madrid undoubtedly one of the best clubs in Spain and in the World looking at the outstanding number of trophies that the club have won so far.

It is quite not an easy task to find another club that can compete with the honors of the Los Blancos, selected by the FIFA, Real Madrid is the most succesfu club in the history of Europe and the most successful club in the twentieth century.

Real Madrid being a great club, they have always had world class players whose roles have been vital for every single victory for the club and this article, you will discover the Greatest Real Madrid XI of All Time.

So many wonderful players have marked their passage at Real Madrid making it difficult to select 11 players in order to make the Greatest Real Madrid team of all times, so let us discover the players that makes it into this team.

The Spanish goalkeeper Iker Casillas along side Buffon are undoubtedly the best goalkeepers of all time following the numerous achievements and performances that they have shown during their career.

Surely one of the greatest goalkeeper in the history of the club, Iker Casillas is among the best players of all time in the history of Real Madrid.  And as such, there is no other goalkeeper that deserves this spot more than him in this Real Madrid Greatest XI. He played a total of 16 seasons with the club and made a total of 510 appearances and has won numerous trophies with the club.

MUST READ: Top Ten Most Successful Goalkeepers of All Time

Roberto Carlos da Silva Rocha was born on 10th April 1973 in Garca Brazil and played as left back in Real Madrid during his career. In the history of the game of football, Roberto Carlos is referred to as one the best in that position.

The Brazilian's left foot was vital for the Spanish giants as they achieved more that 10 trophies during his years at the club and as such is surely one of the best defenders in the history of Real Madrid. Roberto Carlos was a great runner and was able to run 100 metters in 10.9 and had a poerful shots that could reach 140km/h.

So looking at his achievements and performances at the club, we can say that there is no other left back that can contest this post with him the context of the club.

MUST READ: Top ten Left Backs in the World

Sergio Ramos Garcia was born on 30th March 1986 in Camas Spain and he played as a centre back for Real Madrid for 16 years.

Sergio Ramos is regarded by many as the Best Real Madrid defender of all time and he has also captained for a long period of time. Sergio Ramos is a defender with excellent heading ability and brilliant defensive skills.

Sergio Ramos shows great bravery and qualities of a good captain that every player will love to have both and off the pitch. Ramos durong his 16 years of career at Real Madrid, he made a total of 666 appearances and scored 100 goals many of which have been very decisive goals.

Sergio Ramos skills, intelligence and fighting spirit at the back of Real Madrid has contributed the glory of the club  for many years. Trohies that Real Madrid won during the era of Sergio Ramos include; 5 la Liga titles,4 Spanish Super Cups, 2 Copa del Reys, 4 FIFA Clubs World Cups, 4 Champions League and 3 UEFA Super Cups.

Here comes another defender who have showed great performances and intelligence at the back of Real Madrid during his era at the club so we are going to move on with as the second sweeper on our Real Madrid Best XI of All Times.

Fernando Hierro during his career at Real Madrid, he made a total of 601 appearances and scored an amazing number of 127 goals for the club due to the fact that he also began his career as a midfielder but ended up being one of the greatest defenders of the game.

The defender represented the colors of Real Madrid for 14 years that is from 1989 to the year 2003 and played important roles in achievements of the club during his 14 years.

Of full name Miguel Angel Salgado Fernandez, he was born in Spain and he played as a Right back for Real Madrid at a given point in his career.

In his position, he can probably be referred to as the best right back in he history of the club and he made a total  of 371 appearances during his ten years at Real Madrid and of course his name on the list when we talk about the Best Real Madrid defenders of all time.

Michel Salgado was popularly known for his style of play, excellent tackling abilities on the ball and as well his winning character. He was full of energy on the pitch and in most of his games, he dominated and owned the right side of the pitch both upfront and back at the defense.

The defender played a great role in the achievements of the club during his years at the club, and this achievements include; 4 Spanish League trophies,3 Champions League, 3 Spanish Super Cups and 1 UEFA Super Cup.

Looking at his great performances and numerous achievements with the club, he is deserving of this spot of Right back in this our Real Madrid Greatest XI of All Times.

MUST READ: The Best Right Backs of All time in the History of football

Zinedine Zidane was born on 23rd June 1972 and he played for 5 season with the Spanish club Real Madrid and he actually sits as one of the best players in the history of Real Madrid. Zidane widely known as Zizou, was one of the most expensive players in football history and during his career, he won all football honors that every football will ever hope of achieving.

In the year 2001, he left Juventus and joined Real Madrid and became one of the best Real Madrid players in just a few years that he spend at the club.

One of his unforgettable moments at the club is the winning goal that he scored in the 2002 Champions League final and his is one of the only 2 players to have won the FIFA World Player of the year award 3 times.

His greatness in the middle of the pitch helped Real Madrid to achieve a good number of trophies during his years with the club. 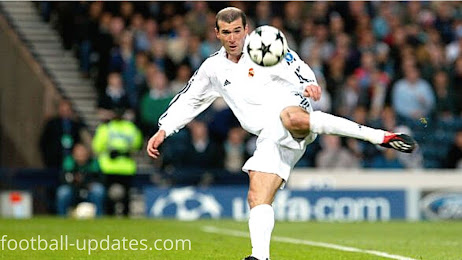 Alfredo Di Stefano was born on the 04-07-1926 and he played for up to 11 seasons as Real Madrid player. Alfredo DI Stefano remains the greatest legend in the history of Real Madrid due to the numerous achievements that he helped the club attain.

Surely all football experts consider the legend Aldredo di Stefano along side Maradona and Lionel Messi as the best ever players in the history of Argentine football.

Alfredo joined Real Madrid in the year 1953 and he led the club to Champions League glory 5 times as he scored in all 5 Champions League finals which is a record that will remain for long without being broken by any player.

He left Real Madrid in the year 1964 with 308 goals in 396 games and became Real Madrid top scorer for a good number of years untill Raul and Cristiano breaked the record.

During his years at Real Madrid, he won many collective and individual trophies such as the Pichichi trophy , Ballon D'Or. European Cup top scorer and also Spanish player of the year.

MUST READ: Best Premier League XI Of All Time

Francisco Gento was often referred to as the " storm of Cantabrian" and he still holds the record of being the only player to win 6 European Cups during his career.

Together with Di Stefano and Ference Puskas, he was a member of one of the best teams that Real Madrid ever had.

Due to his dribbking skills and remarkable pace on the ball, he deserves his spot on the Real Madrid's Best ever XI. Francisco Gento Ha represented Real Madrid for 18 seasons, playing 600 matches and winning 12 la Liga titles in addition to the 6 European cups.

He reached Raul's goals scoring record in the year 2015 and is now the highest goal scorer for the club with a total of 451 goals during his career with the Los Blancos.

During his career at Real Madrid, he won a good number of individual trophies too such as 3 FIFA Ballon d'Or,  2 FIFA Best Men's player, 3 European Golden shoe and many others.

But even though Cristiano who is one of the greatest players of Real Madrid, he left the club without any  celebrations due to to the clash that he had with the president of Real Madrid- Florentino Perez.

Raul played for 16 Seasons with Real Madrid and  due to his qualities and abilities infront of the goal, he is a role model to many young rising players.

Raul Contributed to many achievements in the club but just like Ronaldo, he left the club for Schalke 04 without any celebrations due to the clash that he had with Florentino Perez.

The legend Ferenc Puskas was known as the "Galloping Major" and he was a key player in the football history ; Hungary's Magnificent Magyars and Real Madrid's 1960 European Cup winners.

The Hungarian international was small, portly but his right foot was not really strong but his left however was a rocket and with his left leg, he scored most of his 746 goals in 754 games.

2. Five Candidates for the Ballon D'Or

3. Top Ten Most Successful Goalkeepers of All Time