Five Candidates for the Ballon D'Or 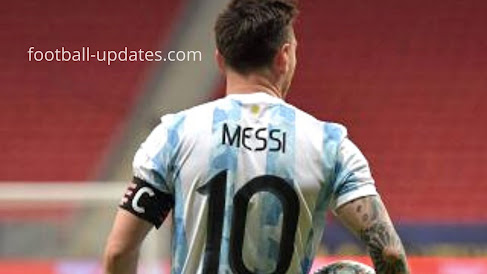 The awarding of the price was cancelled in the previous year 2020 due to an Interruption of the season caused by the Corona Virus outbreak but this Players are again preparing to be able to receive the most prestigious individual award in the world of football.

The European Season this year is being dominated by surprise title contenders as Messi and     Cristiano being knocked out already at the Champions League before Quarter finals, the chances of there being a new winner is high.

But the football season is now totally over and talks has already tuned to the ballon d'or with a number of candidates emerging during this summer's European Championship and Copa America.

So now that the international competitions are all over, who are the frontunners  right now for the Ballon d'Or ? in this article, we have taken a look at five favorable candidates for the prize.

MUST READ: Top 5 Most Successful Players in Football History

Looking at the almost empty season that Messi had with Barcelona, he would not have been a serious contender had he not won the Copa America. But as Lionel Messi guided the Argentine to their first Silverware since the year 1993, he cannot be out of ranking.

Now Lionel Messi has also achieved an imortality with Argentina as he already did for his club Barcelona and he actually stands as favourable candidates for the Ballon D'or.

The Italian midfielder stands as double European Champion as he won the Champions League with the English club Chelsea and now has won the EURO Cup with his country Italy.

CHECK OUT: Top Ten Football Players with The Most Fans in the World

It should be noted that both the Champions League and international competitions go a long way to determine the Ballon d'Or winner so the Italian midfielder is standing on  a Solid foundation for the Prize.

Due to the fact that England did not win the Euro Cup, Harry Kane is not that favourite for the prize. The English man did not make a good start in the tournament but he showed off during the knockout stages of the Euro.

But in the final, he was unable to get the better of Italy's 2 most experienced defenders which is Chiellini and Bonucci.

MUST READ: Top Ten Most Successful Italian Football Clubs of All Time

Poland showed off a poor European Championship performance and this will surely play a role against Lewandowski but his great performance with Bayern Munich should not be overlooked.

It should be forgotten that Robert Lewandowski broke a long time Bundesliga record by scoring 41 goals in 29 appearances in the 2020-2021 Bundesliga season.

He would be a surprised winner of the Ballon d'or should he win it but his great performance and experienced that he showed at the Euro 2020 deserves a serious recognition.
Alongside Bonnuci, and in front of quality goalkeeper like Donnarumma, he built a wall.

2. Five candidates for the Ballon d'Or

2. Top 10 Best Forward in the Premier League this Season

3. Top Ten Most Successful Goalkeepers of All Time