Every footballers dream is to rack up as many trophies as possible during his career but only a select few are able to achieve this and winning even 1 trophy is an achievement that nit many can boast of these days.

But on the other hand, the exist many players who have enjoyed amazing careers at the very top, playing for some of the best sides and managers in the world of the game and due to this, these players have an incredible trophy carbinet.

Who is the most successful football player ever?

It should be noted that Cristiano Ronaldo just missed out on this list with 33 trophies but will surely jave a spot if it was in a Top Ten.

Winning trophies has become a regular and normal issue to some great football players while some great strive to even achieve a single trophy. So in this post, you will discover the Top 5 most successful players in Football History. 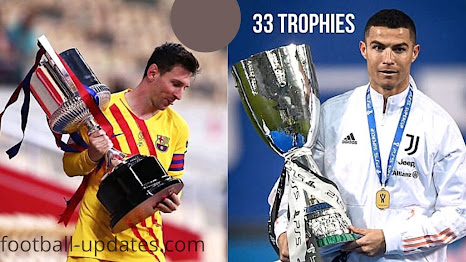 Vitor Baia played most of career under the colours of the Portuguese club FC Porto and is the most decorated goalkeeper in football.

Vitor Baia is a product of the Porto academy and he made his debut for the first team in the year 1988. The goalkeeper made a 315 appearances in all competitions for the Portuguese club before joining the Spanish giants Barcelona in the year 1996.

The goalkeeper won a total of 34 trophies during his career which include 10 Primeira Liga trophies with a Champions League with Porto. And then during his spell at Barcelona he won a la Liga title.

MUST READ: Top 10 Best Soccer Players in the World

Gerard Pique was of no doubt one of the best centre backs in the world during his prime time and even though his age, Gerard Pique still keeps on being an important player for the Barcelona squad.

In the year 2008, Gerard Pique rejoined Barcelona for a fee of £4.5 million and the Spanish international in a immediately settled his self as a crucial member of the Barcelona backline due to his impressive passing ability, aerial ability and his ability to read the game at the back line.

MUST READ: Top Ten Football Players with The Most Fans in the World

Ryan Giggs is widely regarded as one of the best wingers of his era and he is a legend at the English club Manchester United due to his numerous performances and achievements at the club.

Ryan giggs spend the whole of his career in the Manchester United Jersey and he made a total of 963 appearances in all competitions for the club since his debut in the year 1990, scoring 168 goals and winning 13 Premier League trophies during his long term spell at Manchester United.

Ryan Giggs was a winger with great speed, technique on the ball, and strong outfit levels.

Lionel Messi is arguably the greatest football player of all time so we can say that he has ability to pull up his club and score more goals to help his club win trophies. The Argentine superstar won his most recent trophy last season when he Barcelona defeated Athletic Bilbao in the Copa del Rey final.

Lionel Messi still continues to top the discussions with his performances and also his uncertain future at Barcelona. It still not known if the Star player will decide to move to another club or better still stay at Barcelona.

Lionel Messi has a total of 37 trophies and its include every almost every trophy that there to win for a footballer.

CHECK OUT: Top 10 Best Forward in La Liga this season

Maxwell during his football career was a great reliable left back who never disappointed with his performances in the pitch.

Maxwell made a name for himself during his spell at Ajax due to his amazing performances for the Dutch club and this earned him a move to Serie A giants Inter Milan where he played for 3 seasons and later on left for to join Barcelona.

Actually one of the greatest midfielders of all time, Andres Iniesta and Lionel Messi were 2 key players in Pep Guardiola's great Barcelona squad.

Iniesta made 674 appearances in all competitions for Barcelona winning almost every trophy that there is to be won before he joined Japanese club Vissel Kobe.

Just like Pique, Messi and Andres Iniesta, Dani Alves was part of the great Barcelona side that enjoyed a glorious career under the management of Pep Guardiola.

Also Dani Alves is one of the Best right - Backs of the modern generation. The Brazilian international joined Barcelona from Sevilla in the year 2008 for a fee of £32 million.

Dani Alves has won a total of 42 trophies in his career. 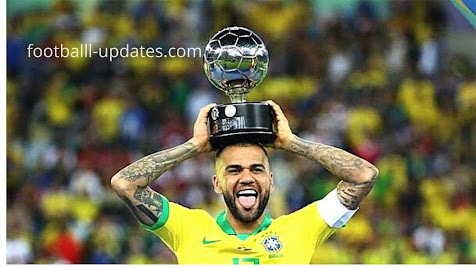 1. Top Ten Football Players with The Most Fans in the World

2. Everything Of Top Fact About Jadon Sancho You Might Need To Know

3. Everything Of Top Fact About Erling Haaland You Might Need To Know