Top Ten Most Successful Goalkeepers of All Time

In football, every game surely needs a strong attacking side and a stable and almost flawless defense and the goalkeeper is the most significant part of this defense in the game of football.

A formidable goalkeeper and a stable defense can be very beneficiary to the team especially when the opponent is pressing high so to discover more about them, stick on to read Top 10 most successful goalkeepers of all time.

Most Successful Goalkeepers of All Time 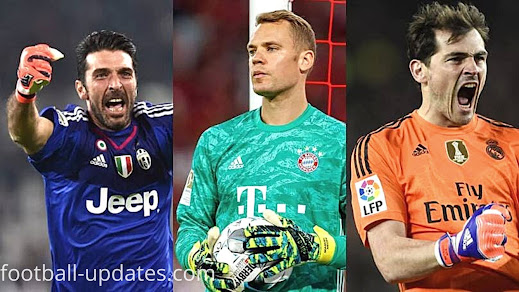 Number ten in this list of the most successful goalkeepers of all Time and the only African goalkeeper on the list is Vincent Enyeama who is Nigerian goalkeeper.

The English goalkeeper Joe Hart sits at the 9th spot of our ranking. Joe Hart started his football career at his hometown club named Shrewbury town in the Conference and League two then in the year 2006, having caught the attension of many Premier League clubs with his performances between the sticks, he moved to Manchester City but he spent time on loan at Tranmere Rovers and Blackpool in his first season.

Joe Hart return to Manchester City to play the 2010- 2011 season and then he emerged winner of the Golden Glove for keeping the most clean sheets throughout the Premier League season.

In the year 1990, Casillas started his youth career with Real Madrid and when he gained promotion to the senior team, he remained with the club for a long 16 seasons.

Every prestigious trophy that you name like the Champions League, European Championship, World Cup, Iker Casillas has won it.

The number of trophies that the goalkeeper has won says a lot about his career and his performances on the pitch talks about the rest.

Iker Casillas is mostly remembered for his glorious 16 years career at Real Madrid where he played 725 times for the Spanish giant before moving to Porto in the year 2015.

Iker Casillas at a point in his career was Spain's 1st choice goalkeeper during the most glorious period of the country between the years 2008 and 2012 where the nation won 2 European Championship and the World Cup.

MUST READ: Best African Goalkeepers of All Time

Claudio Bravo sits as the 7th Most successful goalkeeper of all time. Bravo for the 2006-2007 season, he signed a 5 year contract with Real Sociedad in Spain for a fee of 1.2 million euros and that year, he among the youngest la Liga goalkeepers.

Occupying the 6th place in our ranking of the most successful goalkeepers of all time, is the French international goalkeeper Hugo Lloris.

Hugo Lloris made his first career debut in his hometown club OGC Nice in October 2005 and in the next year he began in between the sticks during the team's run to the 2006 Coupe de la Ligue final.

In the squad of Chelsea, Cech was as important at the back as John Terry in their superlative defensive record between 2004 and 2006 where they conceded just 15 and 22 goals in the Premier League.

Petr Cech also played for the Premier League club Arsenal where he spend the final 4 years of his career.

MUST READ: Top Ten Best Goalkeepers of All Time

Thibaut Courtois is the 4th most successful goalkeeper of all time in our list. He graduated through the effective youth system of his local club Genk and moved further into the Senior team at the age of 18 and played a major role in the teams Belgia Pro League victory.

In the first season of the return of Courtois to Chelsea in July 2014, he helped the club win the League cup and the Premier League trophy and actually he plays for the Spanish giants Real Marid. 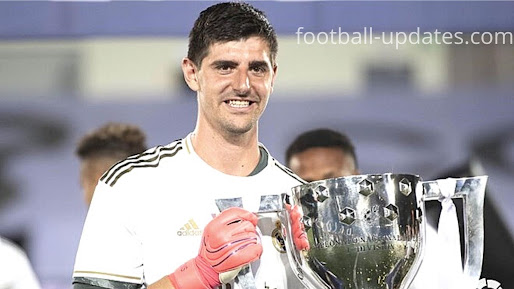 Even though his age of 43, he still continues to play football and is loved by most of football fans. The legendary player has played 178 times for Italy and has won the World Cup in the year 2006.

Gianluigi Buffon actually stands as the all timed most capped player for the Italy and so far in his career, he has made 350 clean sheets.

David De Gea was born in Madrid and he began his career at 13 with Atletico  Madrid and then rose through the academic system of the club. When he was made as the club's first goalkeeper, he help Atletico win bothe the UEFA Europa League and the UEFA Super cup in the year 2010.

Over the years, the performances and consistency of the goalkeeper caught the attention of Mamchester United whom he joined back in the year 2011 for a British record fee of £17.8 million for a goalkeeper.

MUST READ: Top 5 Most Successful Players in Football History

The  German goalkeeper on our list who is actually still on duty with the German Bundesliga club Bayern Munich where he has enjoyed a great success.

The 35 years old German goalkeeper is actually one of the greatest and also most decorated goalkeepers and German players in the World.

Manuel Neuer is one of the bravest and most coofident goalkeepe on the ball we have ever known in the World of football.

2. The Top Ten Greatest Soccer Players of All Time

4. Best African Goalkeepers of All Time