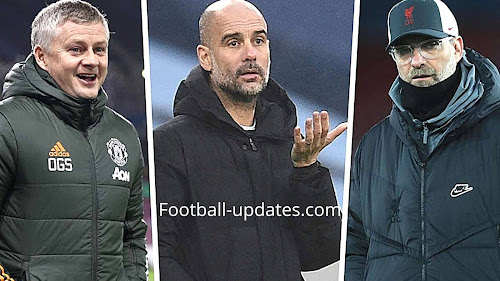 The Premier League is one of Europe's top five Leagues if not the best and aside from having world class players like Sadio Mane, Salah and many others, it also welcomes many of  the world's best managers such as Pep Guardiola, Jurgen Klopp and many others

Who is the highest paid manager of the Premier League ?

The management duty from the top edge of the Premier League to the international level can be financially rewarding just the same as the game of football itself.

In the games of football, players still remain the most valuable asset and the wages of the top performing players like Messi Cristiano and many others confirms that fact but nowadays managers also command a great financial reward.

Just as players, the wages earned by managers also vary greatly. But the statue and monetary state of the club plays a role just as the track record and reputation of the manager concerned also matters as well.

Popular football managers such as Jurgen Klopp, Pep Guardiola and Antonio Conte stand at the top of the table when it comes to highest paid  football manager in the Premier League.

Salary figures for all 20 current managers in England's Premier League have been published in a British newspaper report.

According to reports, no Premier League manager earns more than Manchester City's Pep Guardiola, who is said to earn £19 million per year.

Jurgen Klopp, the manager of Liverpool, is reportedly paid £16 million per year, or slightly more than £300,000 per week.

The only other Premier League managers with eight-figure salaries are Tottenham's Antonio Conte (£15 million per year) and Leicester's Brendan Rodgers (£10 million).

The Sun published these figures this week, along with the news that Arsenal manager Mikel Arteta's salary is set to rise to £8.3 million per year, putting him fifth on the list.

Dean Smith and Thomas Frank are reportedly the Premier League managers with the lowest earnings (£1.5 million each).

They could, however, be among the highest-paid managers in the Championship next season, as Norwich and Brentford are both relegation candidates.