Among football fans in the world, there is always that debate about which stadium goes away with the crown when it comes to matter of size and capacity of the stadium especially in Europe.

But in this post, we will not only limit ourselves to  the European nations but we will extend our competition even to the other Asian countries and see  the ten largest football stadiums in the World as a whole.

Ranking of the Ten Largest football Stadiums in the World

So we bring to you the ten largest football grounds in the World base on their size and capacities.

1. RUNGRADO 1st of May stadium in North Korea

In the year 1990, claims arose that the former supreme leader of North Korea named Kim Jong -il, got possession of a gulf pitch and decided to build a football stadium on the gulf pitch.

It is named 1st of May cause the stadium was finalised on that date and and it has a capacity of 150,000 people. 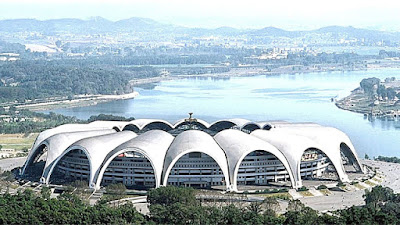 The stadium is used to host games of the North Korean national football team and also for festivals in the country. The stadium went through some renovation which saw its capacity come down to 114000 seats but even with that it still remains the largest football stadium in the World.

The Camp Nou stadium is the home of the Spanish club Barcelona since the 24th of September 1957 and since then the stadium has also been used the matches of the Catalalonia national team.

The Camp Nou stadium has been the host ground to 2 Champions League finals and a World Cup semi final too. 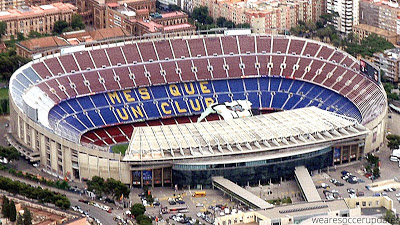 The FNB of full meaning First National Bank Stadium also called soccer city or the Calabash is the stadium that is used by the South African nation to host its home football and Rugby games.

This Stadium is also the home ground to the South African football club known as Kaizer Chiefs FC.

This stadium has hosted a quite prestigious number of games incLuding the African Nations Cup in the year 1996 and 2013 and the 2010 World Cup. 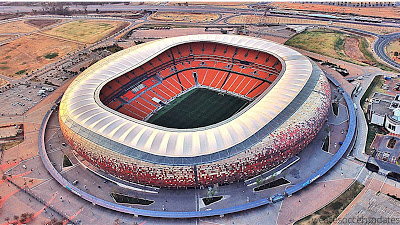 So as to prepare it set for the World Cup that the nation was to host backk in 2010, the stadium when through a significant upgrade to a capacity of 94,736 but was brought down to 84,490 for the World Cup in order to reserve sits for the FIFA family , VIPs and many other.

The Rose Bowl stadium is surely one of the most prominent stadiums in the USA and it has been a host for some World Cup finals both in the men and women World Cup. The stadium was opened in the year 1922 and since then it is considered as as a national Historic landmark in the US.

CHECK OUT: Footballers who were never booked during their careers 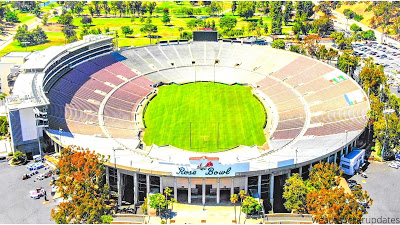 The stadium is often used for the BSC National Championship and also College football play offs and most especially with the Super Bowl.

The new Wembley stadium is the home ground  for the England national team 2007. And its official opening in the year 2007 just came in time for the 2007 FA Cup final between Chelsea and Manchester United and Chelsea won that game with a slim 1-0. 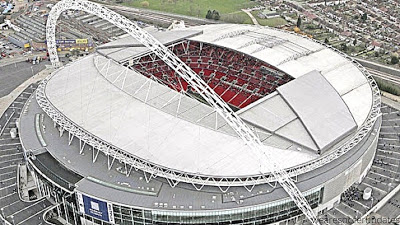 And since its openning, the stadium has been the host ground for FA Cups semi finals and finals as well as the Community shield match.

The stadium is popularly known as the GBK Stadium and is actually located inside a huge sporting complex. The official name of the stadium is the Gerlora Bung Karno Main stadium and its given this name because there some other stadiums located within the rest of the complex. 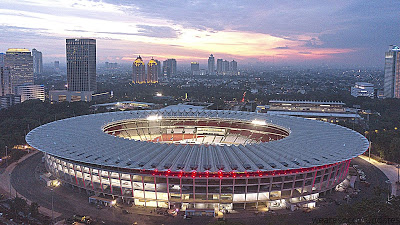 The stadium was built in order to host the Asia games in 1962 and the stadium had an original capacity of 120,800 but was also reduced to 88,083 when it when through renovation before the Asia Cup in 2007.

Aside being used for national purposes, the stadium is also the home ground for Persija Jakarta.

The stadium has been used for a good number of games such as the pre season tours of clubs like LA Galaxy, Arsenal, Juventus and Liverpool.

The stadium is found in the suburb of Santa Ursula in the city of Mexico and is the home  ground of the mexico national team.

At club level, it is also the home stadium of Club America who plays in the Mexican top League but it has also been used over the years by other clubs like Necaxa, Atlante, Universidad Cruz Azul and Atletico Espagnol.

It is one of the most iconic stadiums in football and was the very first stadium to host 2 separate FIFA World Cup finals. It is also regarded as a famous and iconic stadium cause it is in that football stadium that the Argentinian Diego Maradonna scored both the " the Hand of God goal" and also the " Goal of the Century".

Since after the hosting of the 1998 common wealth games, this stadium has been the home of the Malaysia football national team. It is also considered to be the best ground in the country of Malaysia and has been used to host major tournaments held in the country. 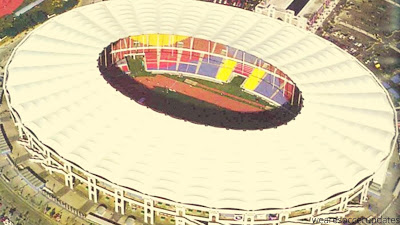 Aside from just being a host for football games, the stadium also host music concerts and many other athletic events.

Considering the fact that it is one of the top ten largest stadiums in the World following its capacity, it might be mind blowing to hear that littles is known about the Borg El Erab stadium.

The stadium has a large parking space that ca contain up to 5000 cars but so far we can say exactly what the highest attendance has been in the stadium. 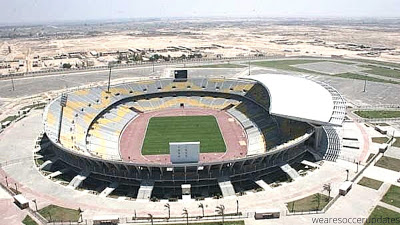 The stadium was also chosen to host matches of the 2009 FIFA U-20 World Cup but at the end ot was only used once for the opening game.

The Azadi Stadium formerly known as the Aryamehr stadium, is the home stadium of the Iran national team. This stadium is part of the Azadi sport complex and it stands in the middle of a rowing river with some other football training grounds around it. 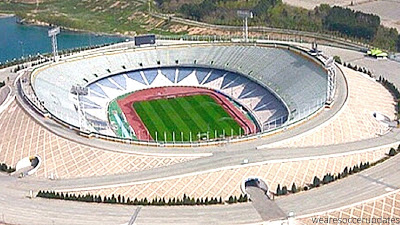 1. What are the 10 largest satdiums in the World ? . we have the Rungrado 1st of May stadium which is the largest football stadium in the world

2. The biggest stadium in the World

The 5 Greatest Manchester United Defenders of All Time