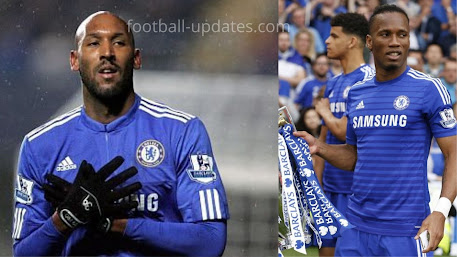 In the game of football, strikers play an important role in every club alongside midfielders and defenders since they have to try link up play with them so as to score as many goals as they can.

Chelsea is a football club that was founded in the year 1905 in West London and this club is one of the oldest and most prestigious English football clubs  which is actually playing in the Premier League.

Just like every other club, Chelsea football club have had many ups and downs througout its history and besides the period of poorer performances, they have won many honors during its glorious days and also hosted brilliant and talented players since the inception of the club.

Chelsea Fc is an football club that was founded in 1905 in London making the club 106 years old and actually the club is also referred to as "The Blues". Since the club about 106 years old, this mkaes it feature as one of the oldest  and most popular football clubs in England.

The football club Chelsea currently competes in the England top flights League known as the Premier League and this club have always been among the top English football clubs due to their numerous achievements and honors both in England and in international competitions.

Chelsea so far in the History of the club, they have won, 6 Premier League titles, 8 FA Cups and 5 EFL Cup at the national level then at the international level, the club has won 2 Champions League, 2 European Cups, 1 European Super League cup and 2 Europa League titles.

For a club to be considered as one of the best clubs in the world depends on numerous factors such as signing the best and talented players and also how regular you win trophies.

Best Chelsea Forwards of All Time

Nicolas Anelka was born in a retired professional footballer that was born in the year 1979 and he played as a forward during his football career. Nicolas Anelka had great abilities in both scoring and assisting goals and this is the main reason why he was described as a classy and quick player with amazing aerial skill, technique, shooting and movement on and off the ball.

Nicolas Anelka was also widely known for his ability to play both as main and second striker, which shows that he deserve  to be among the best Chelsea forwards of all time.

He started his career at PSG before he moved to Arsenal for only 500000 pounds and at Arsenal, he became the first team regular and won the PFA young player of the year award the next season. Nicolas played a total of  72 times for the Gunners, and 17 times as a substitute player, he scored 27 goals  before later on moving to Spain to play for the Los Blancos in the year 1999.

Later on in the year 2000, due to the fact that he did not settled in well, Anelka moved back to his debut club PSG but even though at PSG, he was more focused on returning back to the Premier League once more and which did in the 2002 by joining the Reds even though on a loan deal.

Nicolas Anelka is of no doubt one of the greatest Chelsea forwards and he link up play greatly with Drogba and together they were seemingly unstoppable.

After he had retired as a professional football player, in the year 2017, he joined the technical staff of Roda JC and close to one year later, he joined Lille as a youth offensive coach.

The list of the best forwards in the history of Chelsea will be incomplete if this amazing striker is absent. He is a former professional footballer that played as forward during his football career.

Chelsea signed him for a fee of 4.5 million pounds and he was the second striker that Chelsea had signed on that pre season after they had already signed the Dutch international player Jimmy Floyd Hasselbaink.

In his first season with the Blues, he was mostly used as a substitute and he managed to score 13 goals that season and in the second season, he formed an amazing partnership with the Dutch striker Hasselbaink and together they provided 52 goals for Chelsea in all competitions.

Eidur Gudjohnsen helped the Blues to win 2 consecutive Premier League titles during his stay at the club.

Jimmy Greaves is another outstanding Chelsea striker that holds numerous Premier League records to his name and simply by taking a look at the great number of goals that he scored during his career, you will better understand why he features among the best striker in the history of the Blues.

With a total of 44 goals, he stands as England's 4th highest international goalscorer but actually the highest ever goal scorer at Tottenham with 266 goals with the spurs and also the highest goalscorer in the history of the English top flight football with a total of 357 goals.

Diego Cost is a professional footballer who spend his youth career playing for the Spanish club Barcelona but he made his senior start for the Portuguese club  called Braga and due to his amzing performances, he was loaned to Penafiel and then signed for Atletico Madrid the next year.

Even though at Atletico Madrid, Diego Costa captured the attension of many big clubs due his amazing performances as a striker but he signed for the Premier league Club Chelsea for deal worth 35 million euros and he went on to establish himself as one of the Best chelsea forwards of all time. 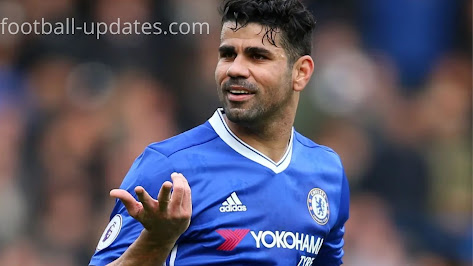 Didier Yves Drogba Tebily is a retired professional football player born on 11 March 1978 in Abidjan, Ivory Coast and played for Chelsea as striker for a major part of his career.

The Ivorian international is actually one of the best players ever and also an unforgettable legend at the London club due to his great performances and achievements at the Club.

Didier Drogba played for the Premier League club in 2 spells, one in which he represented the Blues from the year 2004 to 2012, scoring 157 goals in 341 games for Chelsea and also helped the club win numerous trophies that includes; 3 Premier League titles, 4 English FA Cups, 4 English Super Cups, 2 English League Cup and 1 Champions League. His second spell with the Blues was when he returned to to club in the year 2014 for a single more season , where he scored 7 more goals in 40 games and also winning the Premier League title and English League Cup.

Didier Drogba actually stands as the Club's 4th all time high scorer and also the best foreign scorer in the  history of the club. As individual achievements, the striker finished as Premier League top scorer twice in the year 2007 and 2010 respectively and has also be named as the African player of the year twice in 2006 and 2009.