Manchester United is one of the World's most successful and widely popular clubs in the world and they have had an uncountable number of great players who have graced the club in different eras. Manchester United presently one of the richest football clubs, was founded in the year 1878 and the club presently competes in the Premier League with Old Trafford being the name of the stadium. 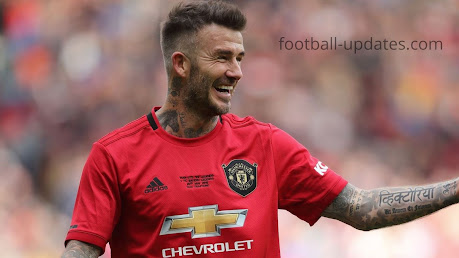 Manchester United is the most successful club in England as they have won a total of 66 Trophies since the creation of the club.

Manchester United is referred to as the Red Devils and since the history of the club, they have been host to many great players and in this article, we bring to you a list of the Best Manchester United midfielders of all time.

The Greatest Manchester United Midfielders of All Time

David Beckham is a former English footballer who played for some of the best European clubs such as Real Madrid, Milan, PSG, and Manchester United. David Beckham won numerous trophies during his career at Manchester United and also with the other clubs as he won 4 League titles in 4 different countries.

David Beckham was well known for his crosses and free kicks beside that he was also a midfielder with great vision, speed, and dribbling skills. In 13 yeas with Manchester United, he won more than 10 trophies, scoring 62 goals in 265 appearances.

Sir Bobby Charlton represented the Red Devils for the majority of his career, playing a total of 758 games for the club and this makes him the second player with the highest number of appearances for the club. Charlton spend as long as 17 years with Manchester United and in that length of time, he heloed the club win 9 trophies including 3 League titles and 1 European Championship.

With the 758 appearances that he made for Manchester United, he netted close to 250 goals for the club and aside from the number of goals that he scored for the club, he also has significant number of individual honors at the club.

Charlton after winning both the World Cup and the tournament of Ball, he also won the Ballon d'or that same year.

Paul Scholes spent the whole of his football career at Manchester United and never departed from the club even though he had interesting offers from big clubs in Europe.

He made a total of 718 appearances for Manchester United in all competitions and scored 155 goals for them, During his stay at the club, he won many trophies including 11 Premier League titles and 2 Champions League titles.

The legendary player Ryan Giggs has provided a total of 162 assists in his 632 Premier League appearances which is another of his record for him.

Here is another player that deserves a spot in this our list of the best Manchester United midfielders of all time and just like Backam, he also started his career with the Red Devils. Brest was born in Belfast, Northen Ireland, he was discovered and joined Manchester United at the age of 15. After this, he stayed again at the club for 12 more years thereby helping the club to win numerous trophies.