Best African Goalkeepers of All Time 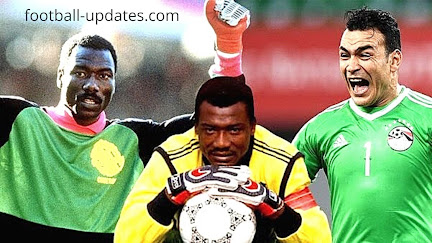 As seen on our previous post, the African continent has introduced many world class players to the World of football.Being a goalkeeper is not an easy task cause when you perform well everybody will say that you have done your duty but on the other hand when you concede a goal almost all the blame comes to you for not being able to make the save.

Greatest African Goalkeepers of All Time

In this post, we are going to introduce to you the list of some of the best African goalkeepers of all time. Even though it sounds hard to believe, but many hard working determined men have shone in this position.

So lets get down to know our best African goalkeepers of all time in the history of football.

Essam El Hadary is an Egyptian goal keeper that was born on the 15th January 1973 in Damietta Egypt and his name is not only one to remain in the minds of Egyptians but in the minds of the whole continent as he is also regarde as a legend.

Even though he encountered many set backs during his career, he has struggled to overcome many difficulties to help his club, Al Ahly whic is the club that holds the record of most trophies won by a club in the World.

MUST READ : African highest Goal scorers of All time

El Hadary remains the oldest player to have ever participated in a FIFA World Cup, playing at the age of 45 years and 161 days against Saudi Arabia in the 2018 World Cup organised in Russia. 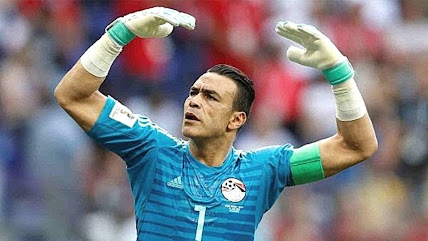 Coming to International level, Hadary has made 158 appearances for Egypt and as a worthy name to be on the list of the best African goalkeepers. he  is the only African goalkeeper to have saved a penalty in the World Cup.

Thomas Nkono is a Cameroonian and legendary goalkeeper who have played for Espagnol and the Cameroon national team and he has been an inspiration to many goalkeepers especially the ones in Africa and Spain.

The goalkeeper played for almost a decade in the 80s for the Spanish club Espagnol and he is loved by most of the fans due to his amazing leadership and great performance.

He first made himself  known to the world when he was helped his homeland club Canon Yaounde to secure 5 national titles and 2 African Champions League trophies.

MUST READ: Top ten Best African Defenders of All Time

At international level, the goalkeeper has 112 caps with Cameroon and has won an African Nations Cup in the year 198. And his performance for the Cameroon national team in the 1990 FIFA World Cup led them to the Quarter finals and this inspired the 12 year old Gialuigi Buffon to decide to be a goalkeeper and also naming his son Thomas after the African Legend.

Still another Legendary Cameroonian goalkeeper, Joseph Antoine was born on 8 October 1954 in Cameroon and he is regarded as one of the best African goalkeepers of all time.

Regarded as one of the greatest African goalkeepers in the history of football, Joseph Antoine Bell has achieved a quite good number of top level trophies with his clubs and country Cameroon.

The legendary goalkeeper won 2 African Nations Cups as well as the Egyptian League wih his cub during his career in Egypt.

He later then moved on to pursue his career in Europe where he played 109 League games with the probably the most remarkable club of his career, Olympique de Marseille.

Even though he played in the shadow of Thomas Nkono in the Cameroon National team, he was a crucial part of the invincible lions team in the years 1982, 1990 and the 1994 FIFA World Cups and he has been named by the IFFHS as the the African goalkeeper of the Century whilw his rival Thomas Nkono was named second.

And this justifies tha fact of him being on our list of the top African goalkeepers in Soccer history.

Bruce David Grobbelaar is a South African goalkeeper that was born on the 6th of October 1957 in Durban South Africa but is a Zimbabwean former professional footballer who played as a goalkeeper mainly in the Premier League team Liverpool from 1981 to 1994 and also for the Zimbabwean national team.

Bruce Grobbelaar is surely among the best African goalkeepers of all time and will always be remembered for his glitering career at Liverpool where he great penalty saving ability helped the club to win the 1984 European Cup and was an inspiration to many.

Within 14 year for the Liverpool, he made 626 appearances and he won 6 division titles, three FA Cups and 3 League Cups and this places him in the list of the best goalkeepers of the club.

Vincent Enyeama is a Nigerian goalkeeper that born on the 29 August 1982 in Abia state Nigeria and has played for the Nigerian national team from the year 2002 to the year 2015.

As one of the Best African goalkeepers of all time, he has won many trophies both in and out of his Nation like the numerous titles that he acquired during hi time at Hapoel Tel Aviv and Meccabi Tel Aviv.

He career began to glow when he made his first debut at the 2002 FIFA World Cup against Englan and he succeeded in keeping a clean sheet in this game.

The goalkeeper won 2 consecutive CAF Champions League titles in 2003 and 2004 which is still the only success of the West African country.

Carlos Kameni is a Cameroonian goalkeeper born on the 18 February 1984 in the town of Douala.

Carlos Kameni is a widely known goalkeeper as he has spent the majority of his career in Spain and he played a total of 229 La Liga games within 8 seasons and he has also taken part in 2 World Cups and 6 AFCON.

He holds an exclusive record of the of the youngest player ever to win an Olympics gold medal with Cameroon national team in 2000 and this earn him a transfer to French team Le Havre AC but he could not make to the first team and failed to get even once on the pitch.

In the yeah 2012, he joined Malaga and there he became the first club goalkeeper to provide an assists.

2. Greatest African goalkeepers of ALL time