The football Season of the 2020-2021 season has come to an end in all the big Europe's top five Leagues and the winners in all Leagues are already known but today we are looking forward to answer one of the questions that always keeps football fans talking.

Who is the best Left back in the World ?

Across the Premier League , Bundesliga , Serie A , La Liga Ligue 1 and many other Leagues, we have tried to sort out the best players in the position of the left back as you will see the ranking below in the page.

MUST READ: Who is the highest Paid Coach in the Italian Serie A League?

Not quite different from the position of a right back in the role and function that they play but each position is unique demanding too.

The Liverpool player has experienced a rapid rise after Jurgen Klopp bought him at the Liverpool from Hull City back in the year 2013. 6 years since then he has showed himself great at the position of a left back and has already played 2 Champions League finals with the Reds and has won one Champions League title.

We can say that Andy Robertson has been at his climax for Liverpool last season as he helped the club greatly to claim the Champions League title and a Premier League. 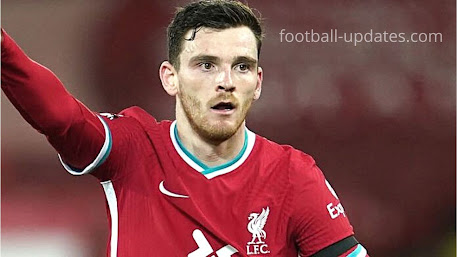 He has a good number of qualities of a left back that almost all managers will love to see in their left back defenders, these include; his energy, pressing ,quality in swing crosses and speed.

Sited second in the top 10 best left backs in the World is a player who has done it all with Real Madrid.

He has been nicknamed "El Loco by his team mates", Marcelo has won almost everything that there is to win at club level and he has claimed many la Liga titles , Champions League titles , Copa del Rey and many trophy at the Santiago Bernabeu.

But you might want to know that it is his performance and his take on the left back position that will remain as imprint not only for Real Madrid but in the world of football as a whole. 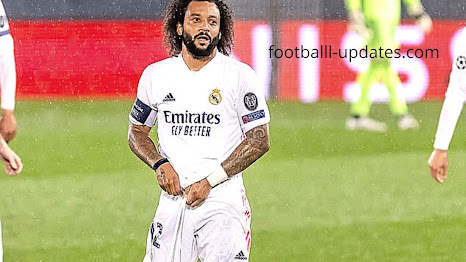 For all those that have seen the player on the pitch, you will realise that the player loved playing the role much more of an attacker as he loved to get forward on all accounts , providing himself on the overlap and cutting in to deliver directly into box.

Now the next player on our list is one base in Italy and plays in Juventus. The Italian club already possesses a strong defensive line featuring Leonardo Bonucci, Giorgio Chiellini and Matthijs de Light protecting Buffon who is also one of the best goal keepers in the World.

CHECK OUT: Highest paid football managers in the Premier League

Even though he operates on the left wing for Juventus, Alex Sandro stands as the key to maintaining the seamless transition between Juve's disciplined defending and striking counter attacks.

The likes of Cristiano Ronaldo and Paulo Dybala have surely found it easier to net more goals because of Alex Sandro's technical proficiency and speed in a wide range of positions.

Jordi Alba makes his way in at the 4th position of the top ten left backs in the World and no one world likely argue this following his great performance in the recent years down the flank for the Spanish giants Barcelona.

He feels very much comfortable as a left footer and he is a left back that is more attack minded just like Marcelo and this is evident any time he is on the pitch.

CHECK OUT: Who is the highest paid player in the Ligue 1

It can be seen that any time Lionel Messi makes a run forward, Alba always springs into action on the left flank eager to join with is mind blowing pace.

The Austrian international is still maintaining his spot as one of the best left backs in the World despite the many injuries and holdbacks that he has face during his career.

Alaba is known for his great vision and instinct in the attacking third and this makes him a good modern back able to assist both forward and defensively.

Not also leaving aside one of the best things about his skill , which is him being able to combine with attackers and provide them with goalscoring chances.

Alex Grimaldo even though not among the 5 European top Leagues, he still wagers in sixth in this ranking as he has impressed in the position of left back throughout the last season for Benfica.

The Spanish player has been unfortunate with the number of injuries that keeps on slowing down his career progress in the recent years.

Alex Grimaldo posseses skills that makes him the prime player to thrive on that left flank.

The Spanish player has the pace to run up the flank during an attack and run back down to also help back in the defensive zone.

Felipe Luis even though sits at the 7th spot of our list of the top 10 best left backs in the world, he is more experienced than many other players on this list.

The Brazillian player has played for the Premier League club Chelsea but things did not go as planned but under the Spanish club Atletico Madrid, the left back player has slotted in greatly in Diego Simeone's  tatics and setups.

Felipe Luis stands as a tough pill to swallow for the opposing wingers  cause of his football understanding and intelligence of play and surely if not for a horrific injury back in 2010, he world surely be starting ahead of Marcelo in the Brazil national team.

MUST READ: who is the highest Paid Player in English Premier League 2021?

Even in the late stage of his career, the Brazillian still continues to prove himself able in the left flank of the Atletico Madrid.

At the 8th position of this our list is probably the least known player among others but for sure is that he did not just walk into this list without a deserving performance.

Ghoulam has been impressive in France with St Ettienne but he later on made the move to Naples where he surely receives the credits he deserves as a quality left back.

The French man who was once at Barcelona but later on joined the Premier League club Everton on a transfer, he has made himself extremely popular in Everton due to his great performance down the left flank of the club.

Since he joined the English club, the 25 years old player has been a revelation and has surely experienced a leap in his carer under the present manager Carlo Ancelotti who has played a great par in his transformation.

Surely surprising this name on our top ten cause the French man has spent a great part of his Manchester City career on the bench because of injuries but the performances that we have seen the left back produce for Franc and some of his games at Manchester City surely tells us why is on this list.

1. Who is the best left back in the World ? Andy Robertson