Top 10 Best Forward in the Premier League this Season

The 2020-2021 season has already come to an end and Manchester City have been crowned Champions of the Premier League.

Even though the absence of fans in stadiums been strongly felt, it was a season full of ups and downs for every club involved and there was no shortage of excitement.

So without further talks, let us get down to our ranking of  the best forwards in the Premier League in the 2020-2021 season. 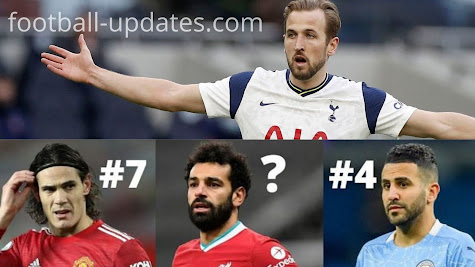 The Nigerian international scored his first Premier League goal of the 2020-2021 campaign on the 3rd of February and since then he has showed amazing performances in the Premier League. As their main Jamie Vardy struggled to find form, the Nigerian stepped in and started scoring goals routinely for Leicester to avoid them from suffering.

The Nigerian international played a major role in their FA Cup triumph this year.

Aston Villa enjoyed a quite descend season and also they made a bright start to the campaign, winning all of their first five games which included a stunning 7-2 win over Liverpool. With  a great midfielder like Jack Grealish, Aston Villa had to find an amazing striker that will make use of all the chances created by the midfielder reason why they breaked the club's record transfer to sign Ollie Watkins from Brentford.

The English man was almost unstoppable in the first quarter of the Premier League season. After he score a hat trick against West Brom, Carlo Ancelotti chose him over the legendary Filipo Inzaghi.

Dominic Clavert Lewin scored 16 goals in 33 Premier League appearances this campaign but it might seem a little surprising that he found the back of the net just 5 times in his last 16 games.

By the time Manchester United signed Edinson Cavani on a Bosman transfer last summer, it was seen as nothing more than a deadline day panic buy.

MUST READ:The Top Ten Attacking Trios In Europe This Season

Edinson's debut at the Premier League club was a little bit delayed due to some injury problems but immediately he started playing, he was able to show to Solskjaer ecatly what his team was lacking upfront. The ex PSG striker scored 10 goals and made 3 assists in 26 appearances  of which he started just 13 in the Premier League. 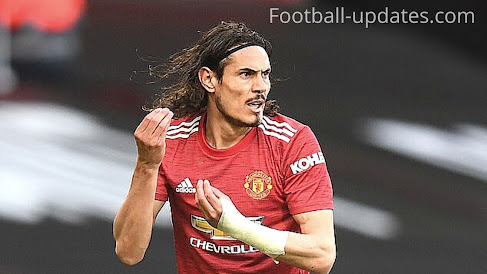 Markus Rashford has finally figured it out that hat he is a better player out wide than he is upfront, his underrated playmaking skills are really coming forth. Rashford's blistering pace and trickery moves on the ball makes him one of the most dangerous players in the Premier League especially when he is offered the room to run into.

The England international made 37 appearances in this Premier League campaign and he scored 11 goals and provided 9 assists.

MUST READ: Top ten best strikers in the World

Patrick Bamford scored 17 goals and made 7 assists in his first season in the Premier League in 4 years and without any doubt, we can say that he has become the most important player in the front line of the club.

Even without spending huge amounts on their strikers, Manchester City still won the Premier League and Sergio Aguero was ruled out of the majority part of the season due to injury.

The Algerian internationla Riyad Mahrez still continues to be a nightmare to deal with for defenders especially when he has the ball at his feet its nearly impossible to imagine in which direction he is going to go.

CHECK OUT: Top Ten Highest Goalscorers of All Time

Riyad Mahrez this season in the Premier League has scored 9 goals and made 6 assists in 27 appearances.

One of the most impressive clubs in the first couple of months of the Premier League season 2020-2021 and credit to this goes to the form that Son and Harry Kane showcased at that time on the pitch.

The Reds ended an underwhelming season as the Premier League's title defenders on a positive note with a resurgent run in the final week to helped them secure third place in the Premier League table thereby qualifying for the Champions League.

Roberto Firmino and Sadio Mane esperienced poor campaigns as compared to their previous performances in the League. But the Egyptian Salah had another great individual season with the Reds.

Mohammed Salah scored 22 goals in 37 appearances whic is 3 goals more than what he scored last season to help the Reds win the Premier League title.

Harry Kane is a well rounded footballer and also a playmaker capable of finding the back of the nets on daily basis.

MUST READ: Who was better striker for Barcelona? Eto'o or Suarez 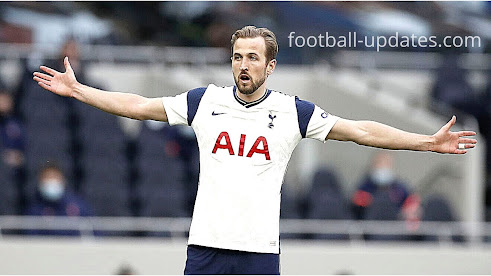 Harry Kane has already informed Spurs of his plans of leaving the club due to their inability to win major trophies.

1. Who is the Best Forward in the Premier League ? Harry Kane