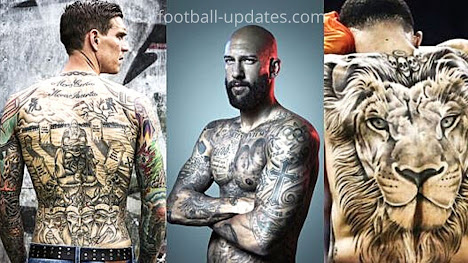 Back in the early years of the game of football, it was not that popular to see a footballer with tatoos but nowadays, Tattoo is widely becoming one of the headlines among football players, form the smal sixed tattoos to large ones.

In this article, you will discover some of the most tattooed players in the game of football.

Some of the Most Tattooed Soccer Players in the World

Tattooes are the drawings that you often see on the bodies of people or footballers and here we bring to you some of the most tattooed footballers in the game.

This is a Dutch footballer who plays as a right back, born in Amsterdam, Van der Wiel is a product of the AFC Ajax academy.

The Dutch player has numerous tattoos on his body, some of which he said " Have 2 quotes, my mothers name, my father's initials, the first letters of the names of my sisters, some decoration and my own name, that was my first tattoo". 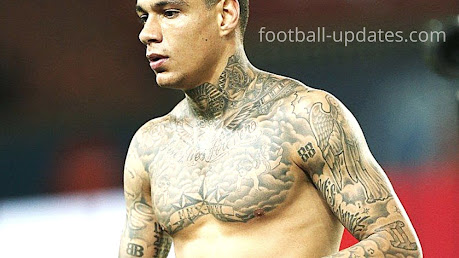 The Portuguese player of full name Raul Jose Trindade Meireles is a former footballer who played in the position of a midfielder and looking at the number of tattoos that the players has, we can can say that he spends just as much time in the tattoo room as the time he spends on the pitch.

The former Portruguese star player has a giant dragon tattoo on his back, 2 full sleeves and 2 Mayan skulls drawn on his chest. 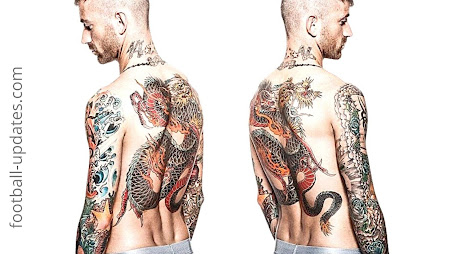 This is surely one of the players that you had in mind that he cannot miss out on this list cause he often shows off his amazing tattooes drawn on  his body.

Sergio Ramos Garcia is a Spanish professional footballer who has represented the club Real Madrid and also being the captain for a long time in the Spain's national team. Sergio Ramos has signed a new contract with the French giants PSG where he continue to show his amazing performances at the Back line.

It might seem surprising to hear that Sergio Ramos' increase in tattoos appears to be directly proportional to his acquisition of red cards. 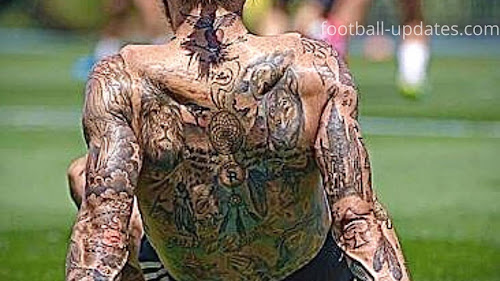 Here comes another Dutch footballer who plays as a defensive midfielder for Qatar Star League club Al- Shahania. Nigel De Jong is surely the player with the most beautifully designed tattoo in the world of football.

The English international is a legislator of football fashion in the 2000s and he introduced the fashion of tattoos to the world of the game of football. David Beckham made his first tatoo in the year 1999 and he filled the name of his first son with many of the tatoos dedicated to his wife.

Memphis Depay most commonly known as Memphis, is a Dutch international player that plays as a forward player for the Spanish giants Barcelona and we can say he is totally addicted to tatoos.

Zlatan Ibrahimovic is a Swedish international player that currently plays with the Italian Serie A club called AC Milan where he plays as a striker.  His tattoos are by far the most socially aware, during his career in France in a match of PSG vs Caen, Zlatan showed off 50 temporary tattoos just for charity.

The current AC Milan striker also have numerous permanent tattoos on his body among which is a dragon and a set of playing cards. 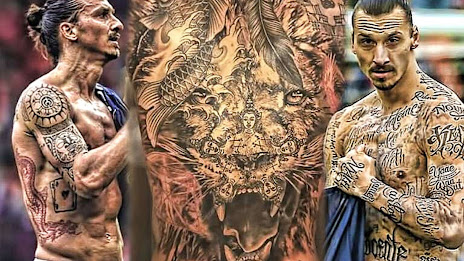 Djibril Cisse was born on August 12, 1981 in France and has so far established himself as one of the most painted football players of our time and when it comes to among black players, he has no competitor.

Tim Howard is an international retired American professional footballer who played as a goalkeeper during his career and he stands as the most tattooed goalkeeper in the world.

Daniel Agger is a Danish retired profesional footballer and tattoo artist who played as central defender for Brondby and Liverpool and he was at some time captain of the Denmark national team. 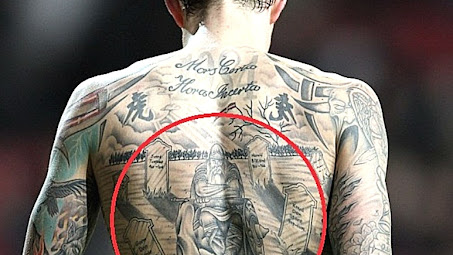 1. Which footballer has most tattoos? Danielle Agger