Best defenders ever in the History of the Premier League

The Premier League is among the best Leagues in the world and since its inception, great players have played for different Premier Clubs but to today in this article, we are going to base on the defenders which is one of the most under looked positions in the game of football.

Most of the players that will appear on this list are retired players but for sure that their performances in the pitch especially at the back will be never be forgotten in the history of the Premier League. It is of no doubt that some Premier Legendary defenders like John Terry, Rio Ferdinand, and Sol Campbell will surely not miss out on this list of the best Premier League defenders of all time. 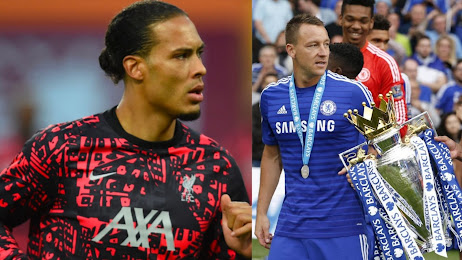 So if you have always been searching for a list of the best Premier League defenders ever, then you are on the right article, just stay glued to your reading and discover it now.

So if you have always been searching for a list of the best Premier League defenders ever, then you are on the right article, just stay glued to your reading and discover it now.

John George Terry is a an English professional footballer who was born on the 7th December 1980 in Chelsea and he also played of his town club for the major part of his career. During his career, he was captain at Chelsea, the England national team and also Aston Villa. It is of no doubt that he is actually among the best Chelsea defenders of all time.

He was nicknamed the eternal Captain of Chelsea and is also the most decorated Chelsea captain ever in the history of the club as he won a total of 17 trophies with the Blues. Among these trophies was 5 Premier League titles, and he became the first Captain to lift the Premier League trophy 5 times when he did it for the fifth time in 2017. Further to that, John Terry has won 5 English FA Cups, 3 League Cups, 3 English Super Cups and most especially a Champions League in 2012.

John Terry actually holds the record of the third  most capped player in the history of the club with  717 matches played after Ron Harrison with 795 and Peter Bonetti with 729 matches played for Chelsea.

As individual honors, John Terry was named for FIFPro World XI for 5 times in a row that is from the year 2005 to the year 2009, he was also named as the  UEFA Club defender of the year 3 times.

The 2nd Centre back on our list is Rio Ferdinand who is a 42 years old English footballer who served top Premier teams. For the majority years of his career, he played for Manchester United ( 12 years ) between 2002 to 2014 and he is also considered as one of the most decorated English players ever.

Rio Ferdinand succeeded in winning almost all of his club trophies including a total of six Premier League titles with Manchester United.

In the year 1997 - 1998 he received the individual honour of West Ham's Hammer of the year and also he is seen as one of the best defenders that has ever played for Manchester United and the English national team.

Rio Ferdinand is a well Known Manchester United Center back, even though he is actually a product of West Ham but he played the greater part of his career with the Red devils.

Sol Campbell during his career he played for 2 Premier League clubs for the majority of his career namely Arsenal and Tottenham and due to his amazing performances, he is now widely regarded as one of the greatest defenders of the Premier League.

Although Campbell was born in England, he is of Jamaican origin and for this reason, he is expected to be as strong as an athletic and he really is. Just like other African footballers, the defender made use of his physical strength to conquer duels both on the ground an in the air where he had slight advantage due to his height.

Due to his great height he had a slight advantage in aerial duels and he always won most of his aerial duels and was once named as the " Stopper" by Tom Sheen of the Guardian in the year 2014 but even though these advantages too, he still had a somehow slow pace on the pitch.

Ashley Cole is a retired English football who is surely 40 years by now. Likely to the goalkeeper on our list ( Petr Cech), Ashley Cole played for only two Premier League clubs.

He played most of his career at Chelsea and Arsenal for 15 years combined before he also served 3 other clubs which are As Roma, LA Galaxy, and Derby County for five a combined period of five years.

Ashley Cole was a member of the Arsenal team that was called the invincibles who finished the year 2003 - 2004 without loosing any game that season.

He is also considered to be one of he best full backs ever in the world of football following some critics  and also at international level, he is the most capped English fullback looking the number of appearances he made ( 107) for the England National team between the year 2001 to 2014.

Ashley Cole during his young years was more of an attacker and was supposed to play as forward but the player later on Changed his mind and suddenly developed that love of playing as a defender but still he kept his attacking instincts in him. 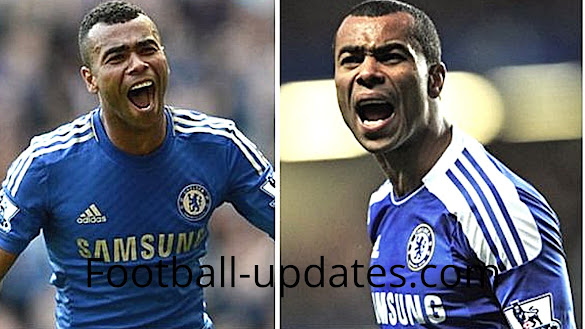 The next defender on this our list of the best Premier League defenders of all time is a player with African origin of full name Kolo Abib Toure but widely known as Kolo Toure by most football fans.

He was born in the year 1981 in Ivory Coast and he is mostly known for his exploits at Arsenal since he made more appearances at Arsenal than any other club- actually 225 appearances with the Gunners. Different from the above mentioned best Premier League defenders, Kolo Toure was not a tall guy but his duel did not stopped him in conquering a greater part of his greater duels and according to the Premier League website, Kolo Toure has taken part in 638 aerial duels during his career and of which he has won 308 of them and this almost half of the aerial duels.

With the Ivorian National team, he made a total of 120 appearances including numerous international competitions among which he participated in 3 FIFA World Cups and 7 African Cup of Nations from the year 2000 to the year 2015. He is the second most capped Ivorian footballer and he would have broken the Didier Zokora's record of 123 caps provided he made 3 more appearances.

Here comes a Serbian defender that played for the Red Devils more than any other club in his career, he actually played for Manchester United for 8 years from 2006 to 2014. The defender during his career he also played for some top League clubs such as Inter Milan , Spartak Moscow and Red Star Belgrade.

Nemanja Vidic made 211 appearances for Manchester United  and this is far above the number of appearances that he had made for any other club so this is one of the reasons why he is mostly known as a Manchester United player. Vidic was referred to as " No nonsense" defender by the Guardian, due to the fact that he did not left any room for the attackers to find space and even though a defender, he was also a good set piece taker.

Here is another non English footballer on our list of the best Premier League defenders of all time, Vincent Kompany is actually from Belgium and he is a product of the Top tier Belgium club Anderlecht.

He also played for his home club Anderlecht during his professional career but he played most of his footballing career as a Manchester City player for 11 years between 2008 and 2019. Vincent Kompany is one of the rare defenders on this list that is still in service even though he now plays for his mother club Anderlecht.

Th Belgian international footballer made a total of 89 appearances for his national team and scored 4 goals.

For sure we all know that football is as collective game and even the most talented player will find it difficult to shine if the collective balance of the team is not right in place. But we all know that Virgil Van Dijk has completely  re established stability at the back of Liverpool after his move from Southampton in January 2018.

At international level, the Dutchman  is still to play an international tournament with hic country Netherlands as he failed to qualified for the 2018 World Cup hosted by Russia. Also he still hopes to be fit for this summers Euro.

He has already experienced great success with his club Liverpool as he has won the Premier League and Champions League with many other trophies since he arrived at Liverpool. 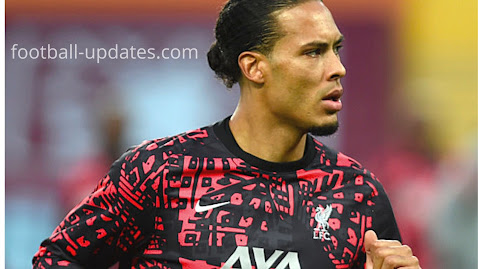 The Dutchman has every quality that a manager might hope for in a modern day defender such as ; strength, speed, aerial prowess, leadership qualities and ability on the ball and these are the main reasons why the Dutchman stands as the Word's best Center Back.

The next on our list of the best Premier League defenders of all time  is the right back player by name Garry Neville who is presently on retirement at 46 years.

During his 19 years of career, he only played in the Premier League with the club Manchester United from the year 1999 to the year 2011. During his career at the red devils, he made a total of 602 appearances winning as many as 8 Premier League titles.

Gary Neville is also seen as one of the most decorated English and European players. In total at Manchester United, he won 20 trophies including two UEFA Champions League titles.

At international level, he stands as the most capped English right back ever with a total of 85 appearances that he made for England between 1995 and 2007.

After Ryan Giggs, Garry Neville was considered as the second longest serving player at Manchester United.

The English right back Garry Neville was a more physical player with hard tackles on the ball and an aggressive manner of player and this actually made him more of a traditional defender.

The 5 Greatest Manchester United Defenders of All Time