16 Unbreakable football Records in the History of Football 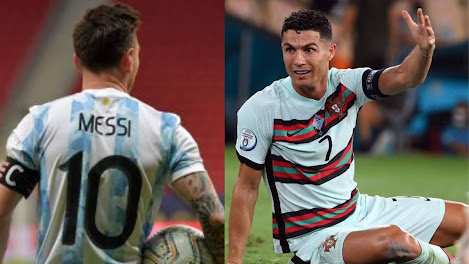 There is a famous saying that records are meant to be broken but I can say that the author of this saying has not yet known about these unbreakable football records. There are numerous records in the world of football that will require extra super human efforts to be broken.

So have you ever asked yourself which are the record that are impossible to be broken in the history of football? If yes then stay glued to this article and discover some of these records that will be extremely difficult or even impossible to break them.

2. Sergio Ramos has been given 28 yellow cards in 38 games

3. The popularly known English club Tottenham has never won the Premier League for the past 60 years now

5. The Legendary African forward player, played 6 consecutive African Cups of Nations but did not score a single goal.

6. Eric Baily during a game with Manchester United, he made a shot that went out of the stadium

7. Jose Luis Chilavert is the only goal keeper that has ever scored a hat trick in the history of football

8. Sadio Mane scored the fastest hat trick in the Premier League as he scored 3 goals in just 2 minutes

9. Asmir Begovic scored a goal of about 90m and this actually stands as the most distant goal in the history of football

10. Aaron Sve played 90 in a football game without making a single touch on the ball

12. Z. Zidane was never flagged as off side during the whole of his football career

13. Lev Yashin is the only goal keeper that have ever won the Ballon D'or

14. Rogerio Ceni holds the record of the goalkeeper with the most number of goals having scored  total of 131 goals  in his 25 years of career.