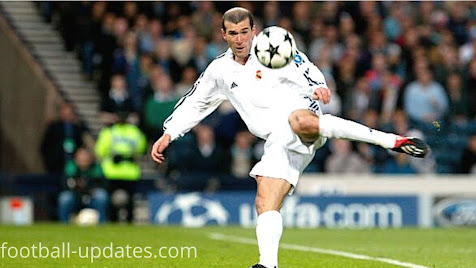 In the World of football, Real Madrid are currently one of the best clubs following the record number of trophies that they have won especially at European level.

Looking at the fact that Real Madrid is a great club, it will be no surprise for us to see that some great world class players have graced the club especially at the midfield where thus article id going to be specified on.

Their present trio at the midfield, Modric, Toni Kroos and Casemiro is surely one the best that the club have ever had and will definitely go down the history book of the club.

The Best Real Madrid Midfielders of All Time

Even though numerous great players especially midfielders have graced the club, in this article we will introduce to you the 5 best Real Madrid Midfielders of All Time.

Fernando redondo during his years at Real Madrid always played as defensive midfielder and the he was technical on the ball and also renowned for his passing prowess and reading of the game in order to better intercept the opponents passes.

He joined the Spanish giants in the year 1994 from Tenerife and then established himself as a key player in the midfield of the club. The player spend 6 seasons at the club and won the la Liga and Champions League.

He made a total of 228 appearances for Real Madrid in all competitions and was consistent for most his career at the club but in the year 200o, he joined AC Milan where he carried injury that sidelined him for close to 3 years.

The Brazilian international is widely regarded as one of the best defensive midfielders in the World of football and he plays a great role in the defensive play of Real Madrid.

Casemiro is 29 years of age and also a hard working player that provides much balance at  the defence of the club. So far, he has already close 300 appearances for Real Madrid and is consistency and performance for the club continues to keep him in the squad.

Toni Kroos is one of the best active midfielders of Real Madrid. Toni Kroos is a product of the Bayern Munich academy, he was brought to Real Madrid in the year 2014 on a £22.5 million transfer fee.

The German international player is popular for his passing skills, vision and ability to dictate play in every game no matter its intensity.

Toni Kroos has played a great role in the Real Madrid's team under Zidane that won 3 consecutive Champions League trophies , la liga and many other trophies.

Luka Modric is a creative midfielder with excellent technique and dribbling ability capable of making great passes in the slightest of space left by the opponent.

In the year 2012, he joined Real Madrid from the English club Tottenham Hotspur on a fee of £31.5 milion and his duo in the midfield with the German international Toni Kroos is widely regarded as one of the best midfield duos in the recent hsitory of the game of football.

Luka Modric even though his 35 years, he has not shown any sign of relenting on his effort and style of play at the midfield.

MUST READ: Best African Goalkeepers of All Time

Zinedine Zidane was born on 23rd June 1972 and he played for 5 season with the Spanish club Real Madrid and he actually sits as one of the best players in the history of Real Madrid. Zidane widely known as Zizou, was one of the most expensive players in football history and during his career, he won all football honors that every football will ever hope of achieving.

In the year 2001, he left Juventus and joined Real Madrid and became one of the best Real Madrid players in just a few years that he spend at the club.

One of his unforgettable moments at the club is the winning goal that he scored in the 2002 Champions League final and his is one of the only 2 players to have won the FIFA World Player of the year award 3 times.

His greatness in the middle of the pitch helped Real Madrid to achieve a good number of trophies during his years with the club.

2. Who is the Best Midfielder of all time?