Top Ten Football Players with The Most Fans in the World

The game of football is one of the most followed sports in the planet and due to the great population that stands behind the game, football clubs and professionals gain a lot of money online due to the great number of fans that follow them on the different social media platforms.

Some players like Cristiano Ronaldo, Lionel Messi and Neymar have a huge number of fans that connect with them on social media.

Which football player has the most fans ?

We are living in the days of social media now and just like any other normal human being, soccer players also have a presence on the " big three " online platforms which are Facebook, Twitter and Instagram.

Even though it might not be accurate to figure out how many fans any footballer has, social media gives us a fairly accurate way to measure the popularity of the player.

So on that note, we bring to you the ranking of the Top ten soccer players with the Most fans in the World based on social media followers. 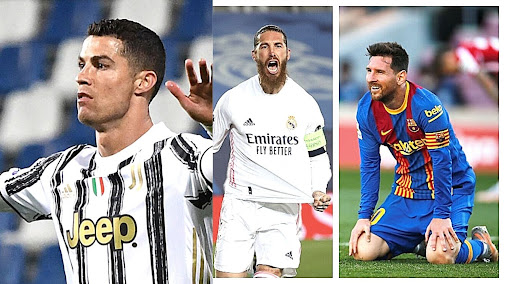 The number player on our list is a former Arsenal playmaker who piles up a masive 77.9 million fanbase across all the 3 social media platforms which are Twitter, Facebook and Instagram. Since for the past few seasons, the German play maker has not been in his best form on the pitch and for that reason he was sidelined from the Arsenal squad and later on left Arsenal to join the Turkish club Fenebarhce.

The German international made every football lover fall in love with him due to his style of play; his silky moves and accurate passes in the first half of the previous decade.

Mesut Ozil has a total of 77.9 million social media fans which splits into;

Sergio Ramos is of no doubt one of the greatest defenders of all time and due to his fiercely competitiveness on the pitch, he accumulates a huge number of social media followers.

Even though his 35 years old, Sergio Ramos can still be referred to as one of the best defenders in the World and the player is actually out of contract at Real Madrid and many other European clubs are already showing interest in the player.

The Spanish international has a total of 81.7 million fans and they split as such;

Here comes another former la Liga legendary player who played a majority part of his career at the Spanish giant club Barcelona playing as a midfielder. Andres Iniesta is also considered by many football fans as one of the greatest midfielder of all times, the ex Barcelona midfielder is a highly respected soccer player and is also one of the few opposition to have received a standing ovation at the Santiago Bernabeu.

He has a total of 85.7 million fans and they are split as such;

In the summer of the year 2013, former Real Madrid wimger Gareth Bale shot to fame when the Spanish giants broke the transfer fee record for him. For the first few seasons, Gareth Bale proved he was worth a huge amount due to his performances and consistency on the pitch for Real Madrid and he racked up a lot of trophies.

Even though the Welshman is out of favour at Real Madrid, he still continues to show his amazing skills for his national team.

The Welshman racks up a total of 88.5 million followers and they are splitted as such;

CHECK OUT: Everything Of Top Fact About Erling Haaland You Might Need To Know

It seems ad if signing for a giant club like Real Madrid is sure fact way of ensuring or boosting your social media visibility as another former Real Madrid player makes it on the list.

His celebrity on social media took a leap due to his performances at the FIFA World Cup 2014 and also the subsequent moves that he made to giant European clubs like Real Madrid and Bayern Munich just added more to his fan base.

James Rodriguez has a total of 96.5 million fans and they are distributed as such;

The Brazilian player Ronaldinho is one of the only 2 retired footballers to figure in this our Top ten Soccer players with the most Fans in the World.

Ronaldinho is a spectacular player that always that always approached the game with a smile on his face and he enjoyed every minute of it due to his passion and love for the game.

His image was a littel bit tarnihsed due to his recent arrest in Paraguay over alleged use of fake passports.

The Brazilian icon has a total of 105.4 million fans on social media and they can be distributed as such; 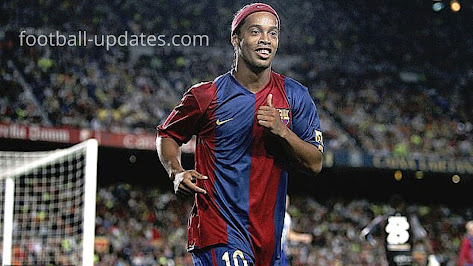 Here comes the second retired footballer on our list of the most popular footballers on social media. David Beckam has made a successful transition into an entrepreneur and public figure after resigning from his football career.

David Beckam racks up a total of 115.4 million fans on social media and these fans can be ditrinuted as such;

MUST READ: Top ten best strikers in the World

Neymar just like Ronaldinho is a footballer who is popularly known for his propensity for luxury and partying as much as he is also widely known for his skills and performances in the pitch.

In the year 2017, Neymar became the World's most expensive player but even before that he was already a great celebrity having enjoyed an amazing spell at FC Barcelona.

The Brazilian Neymar makes a total of 251.1 million fans and they are distributed as such;

MUST READ; Top 10 Best Soccer Players in the World

Lionel surely who is widely known by many to be the best footballer in the World, racks up more followers on Instagram alone than 4th place David Beckam. The superstar player has slowly dethroned his former teammate Neymar from the 2nd spot over the year.

The Barcelona captain racks up a total of 256.5 million fans and these are fans are distributed as such;

When you want to talk  about social media presence, then there is only 1 king in football and that is Cristiano  Ronaldo who almost double leads 2nd placed Lionel Messi.

Cristiano Ronaldo has a total of 447.9 million fans on social media and they are distributed as such; 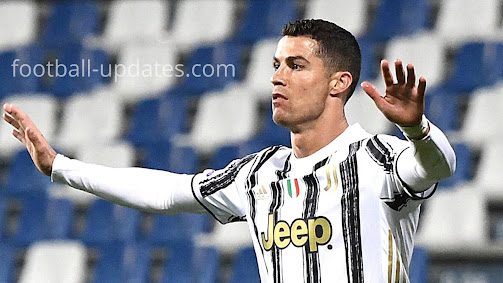 1. Top Teams that have never been relegated in Football History

2. Top Ten Most Successful German clubs of All Time

3. Everything Of Top Fact About Jadon Sancho You Might Need To Know