The Most Decorated German Footballers Ever 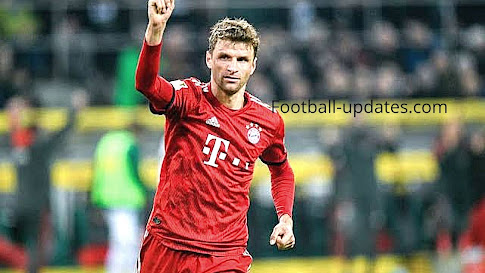 Top Soccer players must obviously win trophies through out their careers but some win many more trophies than you can imagine while some are so unlucky to finish without even winning a single trophy in their careers.

The most Decorated German footballers of all time

We are going to refer to them as the most successful German footballers in the history of football even though the number of trophies a player has won is not the most accurate way to describe a footballers success but it plays a great role.

How ever, a footballer has to fight as hard as possible or atleast be on a successful team to acquire trophies and German players are always aligned with this rule but the question is which German footballer has the most number of trophies in their career?

It should be noted that both country and club trophies won by the German players were taking into consideration during the census and here comes the list of the most successful German players in the history of football.

In this present date, Thomas Muller who is a German international footballer playing for the German club Bayern Munich stands as the most decorated German player of all time with 28 trophies won already at his 31 years of age.

Since the year 2008, he has been serving the German Bundesliga club Bayern Munich where he plays as a midfielder and since he is still on duty with the bavarians, probabilities are still high that he might still win some trophies before turning out to retirement age.

But base on the trophies he already has in his pocket, Thomas Muller has won 28 trophies so far with only one international trophy which is the FIFA World Cup trophy that he won with Gerrmany in the year 2014 then the remaining of his 27 trophies are the ones he won with the German Bundesliga club Bayern Munich.

He has won 9 Bundesliga titles amongst which 8 of the trophies are consecutive(2012- 2020) , 6 DFB Pokal trophies, 6 German Super Cups , 2 UEFA Champions League titles , 2 UEFA Super Cups and 2 FIFA Club World Cup trophies which is just enough to make the player stand out as number one on our ranking. 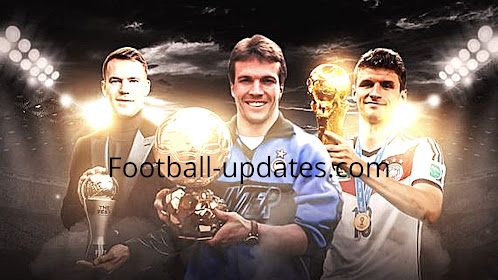 Even though the highest percentage of his success is at club level , when it comes to international level Muller was part of the German Senior national squad that finish third place in the 2010 World Cup won by Spain before Germany won the next World Cup Competition in 2014.

The second player in the list is Germany's goal keeper Manuel Neuer who equally has 28 trophies as Thomas Muller and is the only one to have won the same number of trophies as that of Thomas Muller.

Manuel Neuer being a goalkeeper, he stands as the first and the most decorated goalkeeper on our list and just like Muller he is still on duty and surely he might still add on to his trophies.

He came at the club three years after Thomas Muller in the year 2011 and just like Thomas Muller, he has won the majority of his club trophies with the German club. 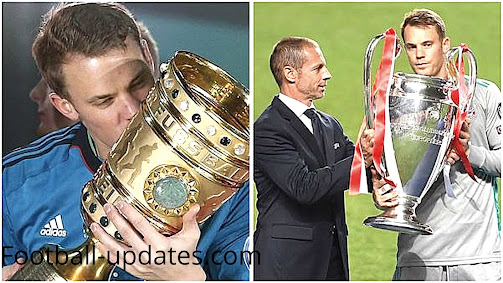 Aside from being one of Germany's greatest players of all time, he is also one of the most decorated players in Germany.  He is a 60 year old retired soccer player who won a total of 26 trophies in his career.

Even though he played with the Italian Club Inter were he won three trophies including the Italian Serie A , he is often considered as the Bavarian's player.

Just like other players at the top of the table, most of his trophies he won them Bayern Munich(19 trophies) including 7 Bundesliga titles, 3 DFB pokal cups 1 German Super Cup , 4 Fuji Cups , 1 UEFA Cup and German League Cups.

Lothar Matthaus also played in the MlS towards the end of his career where he won one MLS Division Champion with the team Metrostars.

On the list of the most decorated German players, Oliver Kahn features as the last goalkeeper.

Actually at the age of 51 years old by now, he is also mostly known as Bayern Munich player and he served the club for 14 years from the year 1994 to the year 2008 and within this period at the club, he won 22 trophies with the Bavarians.

With the German national team, Kahn also won one UEFA European Championship in the year 1990 and featured once as runner up for the World Cup in the year 2002.

Gerome Boateng is amongst the most decorated German players who are still on duty.

Jerome Boateng is a German International defender who is presently 32 years of age and plays as a Defender and has been serving the German club Bayern Munich for eleven years now as he arrived in 2011.

He also  one year experience at the English Premier League as he played for Manchester City in the year 2010 - 2011 but was lucky enough to win the FA Cup with the club.

At international stage, the defender has two titles with one FIFA World Cup in the year 2014 and with the other even though with the German U-21 national team.