Manchester United is one of the World's most successful and widely popular clubs in the world and they have had an uncountable number of great players who have graced the club in different eras. Manchester United presently one of the richest football clubs, was founded in the year 1878 and the club presently competes in the Premier League with Old Trafford being the name of the stadium.

Manchester United is the most successful club in England as they have won a total of 66 Trophies since the creation of the club. 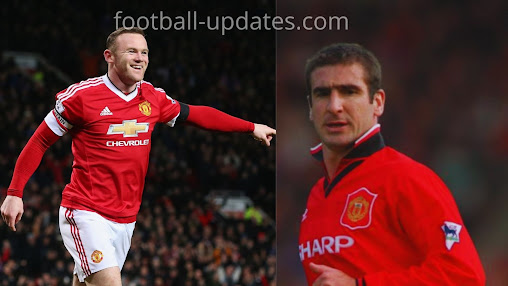 Manchester United is referred to as the Red Devils and since the history of the club, they have been host to many great players and in this article, we bring to you a list of the Best Manchester United players ever.

So stick on to this article and discover the gest Manchester United strikers of all time in the history of the club.

Manchester united is actually one of the richest clubs in the world right now and it it has always been so for a long time now and this gives them the ability to always get themselves the best strikers avalaible in the transfer market.

If you have been a fan of Manchester United or in general a fan of football since around the 90s, then the name Dwight Yorke will definitely not be strange to you as he was the record holder of the highest goals scored in the Premier League by a non European player before Sergio Aguero overtook this achievement.

Even though he was also a great goal scorer at Aston Villa, Yorke is still mostly remembered as one of the best strikers at Manchester United and he help the Red Devils win a historic treble in his very first season with the club. In the 1998-99 season, he scored 18 goals in the Premier League and 8 goals in the Champions League and actually became the top scorer of both competitions in that same year.

It is of no doubt that this player is actually one of the best Manchester United player of all time and he made a total of 156 appearances for the Red Devils, scoring 65 goals and providing 29 assists.

Here comes the one and only French man on the list of the best ever Manchester United players of all time. Eric Cantona is a great and widely known player that excited and amazed the world of football with his wonderful talent. He was born in the year 1996 in Marseille, and he started playing at the age of 14 years and after just 3 years, he started a senior career in Auxerre.

Aside from Auxerre, he also played for numerous other French clubs such as Marseille, Bordeaux, Montpelier and Nimes Olympique before an offer from Leeds United brought him to England.

During his time at Leeds, he was part of the team that won the final Football League First division title before it was replaced by the Premier League as the top flight of English football. Eric Cantona began his very first Premier League season with Leeds United before he then joined Manchester United on 26 November 1992 for a fee of 1.2 million pounds.

He represented the Red Devils for 5 seasons and made a total of 185 appearances for them, scoring 82 goals for Manchester United. In his 5 seasons of stay with the club, he won the Premier League title 4 times and this is surely the most prominent aspect of his career with Manchester United.

After retiring from football, Eric Cantona pusued a career as an actor and has already played different roles in more than 25 films.

Next on our list is the popularly known outstanding player Wayne Rooney. Wayne Rooney is currently the manager and player at Derby County. Wayne Rooney started his youth career with the English club Everton where he made 6 year with the youth team and 2 years with Everton's senior team before he caugth Sir Alex Ferguson's attension who then decided to bring him to Manchester United.

He went to Old Trafford in the the year 2004 when he was 19 years old and he went on to establish himself as one of the best Manchester United players of all time. During his 13 years of stay with Manchester United, he scored 253 goals and is actually holds the record of the all time top scorer for Manchester United.

Here is another player that deserves a spot in this our list of the best Manchester United midfielders of all time and just like Backam, he also started his career with the Red Devils. Brest was born in Belfast, Northen Ireland, he was discovered and joined Manchester United at the age of 15. After this, he stayed again at the club for 12 more years thereby helping the club to win numerous trophies.