Best Chelsea Goalkeepers of All Time 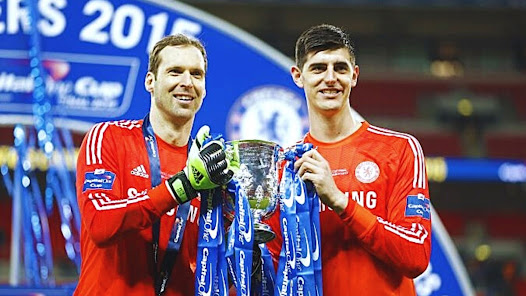 Chelsea is a football club that was founded in the year 1905 in West London and this club is one of the oldest and most prestigious English football clubs  which is actually playing in the Premier League.

Just like every other club, Chelsea football club have had many ups and downs througout its history and besides the period of poorer performances, they have won many honors during its glorious days and also hosted brilliant and talented players since the inception of the club.

Chelsea Fc is a football club that was founded in 1905 in London making the club 106 years old and actually the club is also referred to as "The Blues". Since the club about 106 years old, this mkaes it feature as one of the oldest  and most popular football clubs in England.

The football club Chelsea currently competes in the England top flights League known as the Premier League and this club have always been among the top English football clubs due to their numerous achievements and honors both in England and in international competitions.

Chelsea so far in the History of the club, they have won, 6 Premier League titles, 8 FA Cups and 5 EFL Cup at the national level then at the international level, the club has won 2 Champions League, 2 European Cups, 1 European Super League cup and 2 Europa League titles.

Every football team needs a goalkeeper and every great football club need an even greater goalkeeper. We can site clubs like Juventus who had Buffon, Real Madrid who had Casillas, Manchester United who had Edwin Van der Saar and luckily enough for Chelsea they have also had Petr Cech who will forever remain a legendary goalkeeper for the club dur to his amazing performances between the sticks.

Dmitri Karine was a cult figure for the Blues during the years 1992 and 1999 where he made a total of 146 appearances making 51 clean sheets thereby having a clean sheet percentage of 35%.

The Russian goalkeeper was a very impressive goalkeeper he help guide the Blues to numerous Cup finals. During the 90's the goal keeper was part of a team that was constantly 5th or 6th in the Premier League table thereby posing no big threat to the likes of Liverpool and Manchester United.

Carlo Cudicini played for the Blues for a long period of ten years lasting from the year 1999 to the year 2009 making a total of 216 appearances for the Blues, recording 96 clean sheets for Chelsea. This goalkeeper has the highest percentage of clean sheets which stands at 47%.

Even though the regular injuries that plagued him through out his career, the Italian goalkeeper is still regarded as one of the best Chelsea goalkeepers ever.

He was a 1st choice keeper for Chelsea before the arrival of Petr Cech and even after Cech was already at the club, Cudicini still managed to hold on to his place before the Czech keeper finally took over.

Cudicini was voted as the Chelsea's player of the year for the 2001-2002 season but after this award. things did not go well as he lost his first team place to the young Petr Cech due to his injury problems that kept him in the injury room for long.

Ed de Goey represented the Blues for a period of 6 years that is from the year 1997 to the year 2003 where he made a total of 179 appearances and keeping 72 clean sheets for the Blues. Ed Goey is a legendary figure at Chelsea an d he was there before the Russian billionaire took over the club in the year 2003.

The Dutch international became Chelsea's first choice keeper after arriving from feyenoord and he maintain this spot untill Cudicini replaced him in the 2000's.

He is one of the best Chelsea goal keepers ever, and has honors, he won the FA Cup in 1990 and broke numerous records such as most number of appearaces and clean sheets.

Surely if not of the likes of Petr Cech, Courtois would have been the best ever Chelsea keeper. He represented the Blues from the year 2011 to the year 2018 before he moved to Real Madrid. During his stay at Chelsea, he made a total of 154 appearances, keeping 58 clean sheets for the Blues.

Thibaut Courtois came to Chelsea from the Belgian club Genk a little bit too early for him to have play time immediately since Petr Cech was still on great form for the Blues so he was loaned to he Spanish club Atletico Madrid where he established himself as one of the best goalkeepers in the World.

He returned to Chelsea in the year 2014 an despite Petr Cech still being at the club, Courtois after a season of alternating play with Cech, he became the 1st choice keeper for Chelsea.

There is no other keeper that deserves this spot as Petr Cech does. Petr Cech is of no doubt the best ever goalkeeper of the Blues due to his numerous achievements with the club and also the number of records that he has broken.

The Czech keeper made a total of 494 appearances with Chelsea, maintaining a total of 227 clean sheets which is the highest ever number of clean sheets in the history of the Premier League.

And finally here comes the long awaited goalkeeper that sits at the 1st spot of this our list of goalkeepers with the most clean sheets in the Premier League. He played for 2 clubs during his career in England ( Chelsea and Arsenal).

He holds a good number of records as a goalkeeper such as reaching 100 clean sheets in the fewest number of matches possible ( 180 games).

Petr Cech sits alone in the 200 mark of clean sheets, he made 202 clean sheets in 443 Premier League appearances; 162 for Chelsea and 40 for Arsenal and he also stands as the only and first goalkeeper to achieve more than 200 clean sheets.